Wi-Fi testing can present engineers with any number of challenges. With the Broadband Forum’s TR-398 Issue 2 testing, the primary focus of the work is around testing the access point (AP) devices under test (DUT) since they would be deployed in the field. This approach is taken to allow results and measurements to better correlate with how the DUT will perform in the field.  In this testing scenario, creating a stable, well-defined, and controlled RF test environment is critical.

In the test setup we use at the University of New Hampshire InterOperability Lab (UNH-IOL), we control the RF environment of the DUT inside a semi-anechoic faraday chamber. The setup has equally important characteristics. First, the typical role of the faraday chamber is to prevent transmission of RF signals from inside to out of the chamber and vice versa. Second, the construction of the chamber with a radio absorbent material (RAM) lining helps to greatly reduce the reflection of the RF signals transmitted by the DUT. Added into the chamber is a number of near-field antennas, establishing the RF link with the DUT and the test setup. The semi-anechoic nature of the chamber ensures the signals captured by the antennas are the direct path (non-reflected) signal from the DUT. The same is also true in the reverse, with signals transmitted from the near field antenna also not being reflected inside the chamber.

Figure 1 shows the inside of the primary test chamber, with the RAM (blue foam) and near field antennas clearly visible. With many APs now including only internal antennas for design aesthetics, the main chamber gives us a completely controlled environment.

Outside of the chamber, the RF ports passing through the chamber walls are cabled into programmable attenuators. Each attenuator has four RF channels (notice a theme here?), which then connects to a programmable Wi-Fi test and measurement (T&M) endpoint. The endpoint can be programmatically controlled to emulate with an AP or one or more stations.  This provides a lot of flexibility in the overall use of the chambers since the testing hardware isn’t limited to test AP devices, but testing of stations is for another article. The Wi-Fi T&M endpoint is configured in this setup to support up to four spatial streams. Since it’s directly cabled through the near field antennas through the attenuators, the RF path is extremely deterministic up to the antenna. That is, the coax cabling, attenuator, and any connections can be fully characterized using traditional measurement methods. Similarly, since the Wi-Fi T&M endpoint is, in itself, test equipment, it is also fairly well-characterized by the vendor in terms of RF launch power and operation.

Figure 2 shows a lot of the RF cabling (blue coax) for our full test setup, which includes three sets of T&M endpoints and multiple faraday chambers.

This leaves the only true unknown in the RF path, as the air gap between the near field antenna and the DUT. It’s not possible to fully eliminate that uncertainty since the DUT’s antenna characteristics are actually part of the scope of testing. That is, accounting for any gain or loss in the DUT’s antenna design would “tune” the test setup to that specific DUT and is not the intention of the TR-398 testing. Instead, if it’s necessary to evaluate the near field antenna characteristics this can be done using a traditional dipole antenna centered on the turntable where that reference antenna’s characteristics are well known. This moves the uncertainty quantity to be only the power launch (or loss) from the air gap and the near field antenna performance. Once the performance of the near field antenna is determined, the testing can account for those gains or losses in how the programmable attenuator is controlled. In this way, we achieve not only a high degree of repeatability in the test setup, we also have high accuracy in the attenuation, or range, that “appears” between the AP DUT and the emulated stations. With this accuracy, we can translate the attenuation to free-space equivalent ranges (i.e. line of sight, open “clean” air) or give approximations of performance in different scenarios, such as penetration through a sheetrock wall, given some approximations about RF losses through different materials.

This test setup provides the lab with a repeatable, controllable Wi-Fi test environment. We can leverage our automation systems to control and capture data from the T&M equipment to evaluate the performance of an AP device under test and determine pass/fail marks against the absolute performance requirements defined in TR-398 Issue 2. Equipment vendors and service providers are using this test plan to validate hardware and software before rolling it out into the network deployments, improving the end customers’ experiences with Wi-Fi and broadband overall.

About the author
Lincoln Lavoie is a principal engineer at the University of New Hampshire InterOperability Laboratory (UNH-IOL). In this role, he is responsible for the technical management of the broadband access technology grounds, including NFV, Wi-Fi, DSL, Gfast, GPON, and PoE. In addition to his duties with the UNH-IOL, Lincoln participates in many industry organizations, including the Broadband Forum (BBF) and OPNFV. Lincoln currently holds leadership/editor roles within the BBF and contributor/committer roles within OPNFV. 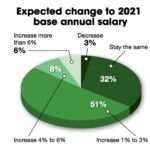 Control Engineering Career and Salary Survey, 2021
This is the technology in the police car of the future