Symmetry breaking of twisted graphene is just a phase

Although twisted sheets of double bilayer graphene have been studied extensively over the past few years, there are still pieces missing in the puzzle that is its phase diagram – the different undisturbed, ground states of the system. In a paper in Nature Physics, Carmen Rubio-Verdú and colleagues report finding a new puzzle piece: an electronic nematic phase.

First described in another state of matter called a liquid crystal, a nematic phase occurs when particles in a material break an otherwise symmetrical structure and come to loosely orient with one another along the same axis. This phenomenon is the basis of the liquid crystal displays (LCDs) commonly used in televisions and computer monitors.

In an electronic nematic phase, the particles in question are electrons, whose behavior and arrangement in a material can influence how well that material will conduct an electrical current in different directions.

“The data are amazing,” says co-author Rafael Fernandes, a theoretical physicist at the University of Minnesota, who met senior author Abhay Pasupathy as a postdoc at Columbia University. “You can clearly see that there’s a symmetry being broken.”

Broken symmetries often yield novel quantum effects, Fernandes explained. Twisted double bilayer graphene usually has three-fold symmetry – no matter how many times you rotate an image of it in 120° turns, it stays the same.

Using scanning tunnelling microscopy and spectroscopy to record the electronic properties of individual atoms, Rubio-Verdú and her colleagues recorded twisted graphene at different voltages. “What we see are stripes,” she said, caused by electrons re-aligning and breaking the sample’s symmetry, even as the underlying atomic lattice remains the same. In this observed nematic phase, the image can now only be flipped by 180°.

“These phases arise from electron-electron interactions,” said Rubio-Verdú, who studies electronic phases in moiré materials like twisted graphene with Pasupathy. “Finding a new phase like this one is exciting because it adds to our holistic understanding of graphene-based systems.”

Prior experiments suggested that such a correlated electronic phase existed in twisted graphene, but it was unclear whether this was actually the result of strain across the twisted material. Strain can also coax electrons to move around, but this is a mechanical rather than an electronic effect, explained Rubio-Verdú.

In this experiment, the team used a twisted graphene sample that was relatively large but had extremely low strain – just 0.03%. “We’re looking at hundreds of nanometers and the effect persists,” Rubio-Verdú said. “This is an actual electronic nematic phase.”

Theoretically, such a phase could exist in any graphene-based material. In future work, the team plans to explore how the nematic phase influences twisted double bilayer graphene’s capacity to conduct an electrical current.

Understanding the full suite of electronic behavior in moiré materials like twisted graphene may one day help physicists make better sense of another quantum phase – superconductivity, where an electrical current moves through a material with zero resistance. This phase currently occurs at very low temperatures – even so-called high-temperature superconductors, used in devices like MRI machines, must be kept at nearly 100°F below zero. Although moiré materials like twisted graphene are studied at temperatures nearing -450°F, they share similarities with high-temperature superconductors, such as superconducting and insulating states that depend on electron doping.

This field is still asking fundamental questions about the nature of moiré materials, but the discovery of an electronic nematic phase in twisted double bilayer graphene is just one more piece of that puzzle now put into place. “We’re seeing electronic nematicity in another class of compounds,” said Fernandes. “As people are figuring out all kinds of different ways of twisting different layers, we now want to figure out what’s common and robust.”

This story is adapted from material from Columbia University, with editorial changes made by Materials Today. The views expressed in this article do not necessarily represent those of Elsevier. Link to original source. 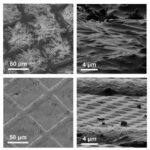 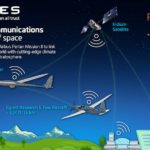