Swarm Signs Up Ford, Vodafone, and Others for Its Satellite IoT Service

You might think that being handed a whopping US $900,000 fine by the U.S. Federal Communications Commission (FCC) for surreptitiously launching four illegal satellites would scare off potential partners.

Not in Silicon Valley, where wrestling with regulators is more of a badge of honor than a mark of shame.

Automotive giant Ford, wireless multinational company Vodafone, Stanford University, and more than a dozen startups lined up this week to sing the praises of Swarm Technologies in filings to the FCC. But Swarm’s future is still far from certain, with rival satellite companies pushing back and the FCC having yet to approve any of its innovative small spacecraft.

Swarm plans to launch 150 tiny CubeSats into low Earth orbit (LEO) to provide a cheap global Internet of Things (IoT) communications service. The startup nearly faltered at the first hurdle when it launched its first SpaceBee satellites in January 2018 without receiving permission from the FCC.

Since then, Swarm has launched three fully-permitted experimental satellites and filed an application with the FCC for a large commercial constellation. Those experimental satellites are larger than the SpaceBees that Swarm intends to deploy in its constellation. The company has now embarked upon a charm offensive to convince the FCC that its technology is crucial to the future of the Internet of Things. 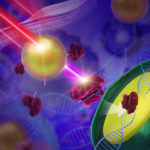 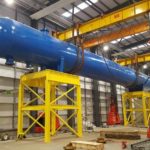