More than half of the infectious diseases known to impact humans are being aggravated by climate change, scientists reported Monday in a new study in the journal Nature Climate Change. The research found that illnesses like hepatitis, cholera, malaria, and hundreds of others were spreading faster, expanding in range, and becoming more severe because of climate-related events.

It’s not just transmission that’s increasing; climate change is also making it harder to fight off these diseases by reducing people’s health, immunity, and access to medical care, the researchers concluded.

“Global health response to the diversity of these diseases will need to be massive,” said Erik Franklin, an associate research professor at the University of Hawai’i and one of the authors of the study. “It’s another piece of evidence that we’re in trouble. It’s a call to arms to rapidly decrease our greenhouse gas emissions load.”

The research, led by scientists at the University of Hawaiʻi at Mānoa, focused on 10 kinds of extreme weather events exacerbated by greenhouse gases, including floods, heat waves, drought, and wildfires. The researchers looked at studies where those events were observed to affect 375 known infectious diseases. Although the study didn’t quantify the degree to which climate change impacted illnesses, it surveyed instances where it was at least one of the driving factors. In 58 percent of diseases, climate change aggravated infectious disease.

Read Next
The disease after tomorrow
Zoya Teirstein

Humans themselves are also moving closer to pathogens that pose a risk. Displacement caused by storms, floods, and sea level rise expose people to viruses, bacteria, and other pathogens including E. Coli, Vibrio cholerae, and salmonella that can make them feel ill. COVID-19 trends were impacted by extreme weather as well. Rain and heat waves drove people inside during the pandemic; in some cases, this kept people isolated, and in others, it may have spread the virus by forcing large groups into cooling centers or densely crowded homes.

Another way climate change affects disease, the scientists said, is by making pathogens stronger. Ocean warming, for instance, speeds up the growth of harmful algal blooms which have been linked to diarrhea and vomiting, respiratory issues, and liver damage.

While most of the diseases in the study are caused by bacteria and viruses, the researchers used an expanded definition of pathogenic to include non-infectious diseases caused by agents such as allergens, which are also made worse by climate hazards.

Climate change is often discussed as a threat multiplier, and as the authors recognize in the introduction of their paper, it is relatively well accepted that climate change can affect human pathogenic diseases. Prior studies have focused on one or a handful of diseases. This was the first attempt to bring all this information together. The researchers also built a website tool that visualizes climate-impacted disease transmission pathways.

“Our hope with the tool is to help practitioners dig deeply into the results, identify if there are any climate hazards or diseases they work on, and find the evidence that those pathways for transmission exist,” said Franklin.

This story was originally published by Grist with the headline Study: Climate change is making 58% of infectious diseases worse on Aug 9, 2022. 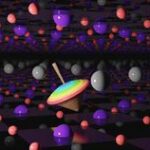 Magnetic finding reveals that nickelates are always on