The 21st revision of the EE Times Silicon 100, our annual list of electronics and semiconductor startups to watch, tracks the pulse of the industry to identify emerging technology trends and developments that hold promise for the future.

EE Times has been publishing and updating its list of emerging startups since 2004, reflecting corporate, commercial, technology and market conditions. This year’s edition is the second to include an expanded list of 100 emerging electronics and semiconductor startups.

“The takeaways are the continued rise of China with even more startups from China represented,” said Peter Clarke, the veteran technology and business journalist who compiled and curated the EE Times’ Silicon 100. “Another trend has been a marked increase in the money being provided by rounds of financing. And complementary to the rise of China, there has been a slight reduction in the number of startups from Europe and North America.”

This year’s edition also analyzes the Silicon 100 by technical category. We have divided the technology universe into 22 categories ranging from materials and packaging at a fundamental extreme to quantum computing and security at the highest level of abstraction. Categories are:

Version 21 of the Silicon 100 is available in digital format at the EE Times Store.

The post Silicon 100: Startups Worth Watching in 2021 appeared first on EETimes.

Google and Nvidia Tie in MLPerf; Graphcore and Habana Debut 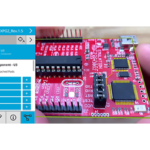