SEMI, the industry association serving the global electronics design and manufacturing supply chain, and 16 organizations representing industries including automotive, medical and technology urged the Biden administration to bolster domestic semiconductor manufacturing and research. The letter calls for funding the initiatives authorized in the CHIPS for America Act and the enactment of a federal investment tax credit (ITC) for semiconductor manufacturing facilities and equipment that would quickly provide a significant, direct and transparent incentive to all companies investing in new and expanded semiconductor facilities in the United States.

“Increased federal investments in semiconductor research and manufacturing will enable critical innovation that benefits a wide range of industries that rely on semiconductors, as evidenced by the organizations that cosigned this letter,” said Ajit Manocha, SEMI president and CEO, in a press release. “To reverse the declining U.S. share of global semiconductor manufacturing, we call for funding incentive programs passed last year in the NDAA and enacting an investment tax credit that would be an immediate, broad-based incentive to build new and expanded manufacturing capacity at all technology nodes.”

Incentives in other countries and a lack of a federal U.S. incentive have contributed to a 50% decline in the U.S. share of global semiconductor manufacturing capacity over the past 20 years. SEMI argues that funding the bipartisan CHIPS for America Act, passed in last year’s National Defense Authorization Act (NDAA), and enacting an ITC for semiconductor investments would create strong incentives and public investments to support the semiconductor industry in driving innovation across sectors throughout the economy and would help spur the creation of thousands of new jobs nationwide.

– Edited from a SEMI press release by CFE Media. SEMI is a CFE Media content partner. 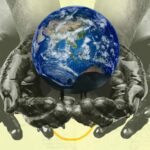