Olympus has developed a new scanner that it says makes it easier to inspect composite components with large surface areas.

The RollerFORM XL scanner features an integrated phased array probe which can reportedly provide a beam coverage that is twice as wide. Scanning large parts is more efficient and the data’s accuracy is improved since the wider beam coverage also increases the probability of detection, according to Olympus.

It takes less effort to set up and inspect compared with immersion-based testing and can obtain stronger, more reliable signals without a couplant pumping system due to the scanner’s tire. Interface reflections are minimized because the tire is filled with liquid and the material has an acoustic impedance that closely matches water, and this similarity enables the ultrasound beam energy to transmit efficiently into the part, the company said. The RollerFORM XL scanner also has an encoder, an indexing button and a start acquisition button to facilitate complete scans of large wings or blades.

This story uses material from Olympus, with editorial changes made by Materials Today. The views expressed in this article do not necessarily represent those of Elsevier. 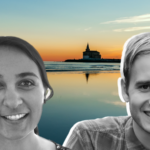 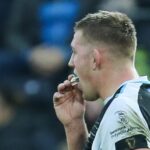