Why might a city planner want to know how many bicycles are on the streets, how fast they’re going, and in what direction they’re moving?

There are lots of reasons why, says Austin Ashe, general manager for intelligent cities at Current, a General Electric subsidiary. “By time stamping and aggregating the data, we can find out what parts of a city are used most and least by bicyclists, and [consider] what the city can do to enhance ridership or make existing areas that riders use more safe.”

“You can also see how this data could be used by bike share applications,” he said, “or integrated into traffic signals, for example, giving bicycles a protected left turn.”

Current designed and installed the City of San Diego’s 3,200 smart streetlights, each of which monitors roughly 36 by 54 meters of pavement. The network, which became operational in 2018, initially tracked only cars, both on the move and in parking spaces, and started using that data to place stop signs and time traffic signals.

San Diego then added data about pedestrian movements into the mix. And, in the second quarter of this year, the city updated its network to count bicycles and record their movements as well. 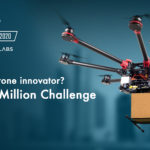