Sabrewing Plans a Cargo Drone That Can Detect and Avoid Obstacles

For a pilot, there really is no substitute for knowing what’s in front of you. In a drone, that capability is known as detect-and-avoid, and so far, no drone has cleared the bar.

Sabrewing, a startup in Camarillo, Calif., may well be the first to do it. It’s working on a cargo-carrying drone that’s due to begin test flights in 2020.

“Even the military does it only in a kind of rudimentary way, say with a camera system; our system has to provide a way for the aircraft to autonomously avoid obstacles,” says Ed De Reyes, the chief executive of Sabrewing. One of the drone’s first applications will likely be for the U.S. military, which wants pilotless systems to ferry supplies to outposts and to evacuate wounded soldiers under circumstances too dangerous to justify sending in manned aircraft.

$5 Million in Grants Available to Advance Understanding of U.S. Gulf Coastal Ecosystems and Their Interactions with Natural Processes and Human Activities 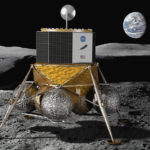 NASA Is Working With Blue Origin on a Lunar Lander