Robust.AI was founded three years ago to do, well, nobody was quite sure what. Or rather, some people were quite sure what, and those people would be the Robust.AI team, who weren’t saying much. But it was that founding team that made us take notice, since it included highly experienced folks from SRI and Alphabet, as well as some big names in academia: Gary Marcus, Henrik Christensen, and Rodney Brooks.

Here’s the important stuff from the press release:

Robust.AI, the company transforming how robots work for people, has unveiled its first software suite product, Grace, as well as a hardware product concept, Carter. Grace and Carter combine AI, robotics, and human-centered design to improve the way people and robots interact and work together. These technologies will be applied to the warehousing industry where more than 80 percent of warehouses operate without any automation, while labor shortages continue to wreak havoc on the global supply chain.

Grace is a software suite that enables dynamic coordination between people and robots in any warehouse with any workflow. The software can map out work between people and robots, allowing it to distribute and adapt as necessary. It provides situational awareness that makes robots capable in spaces where people move and work, including semantic and people perception as well as mapping and localization using cameras. Warehouse managers will be able to customize workflows, integrations, and behavior for an entire fleet of robots in minutes, through a no-code interface.

During the development of Grace, Robust.AI recognized that current Autonomous Mobile Robots (AMR) are slow to build, deploy, and adopt for many applications. This insight led to the development of Robust.AI’s first hardware product, Carter, a Collaborative Mobile Robot (CMR). Carter provides flexible automation for material handling in warehouses and beyond. As a CMR, Carter works around people without changing the environment, allowing for fluent coordination while increasing the engagement and productivity of people.

The obvious question here is how exactly Grace and Carter are different from existing AMRs, because at first glance, a lot of this is stuff that other AMR companies already do—adaptable cloud-based software infrastructure, working in the same spaces as busy squishy humans, and a mobile robot that can move stuff around. A mobile robot, it’s important to note, that doesn’t have any manipulators on it.

“We kept hearing that we were working on manipulators, and we’re not, and so it was important to let people know!” Brooks says. That’s the problem with staying in stealth mode for so long, but Rodney Brooks seems genuinely excited by what Robust.AI is doing, and (more important) that it’s something unique, emphasizing that “both Grace and Carter we believe offer features that aren’t available on other systems.”

Let’s start with the software stack, Grace. Initially, a user can simply walk through their work environment with a tablet to build a VSLAM (visual simultaneous localization and mapping) model of the world that the robots then use, which, Brooks says, eliminates the need to joystick a robot around in order to generate an initial map. It’s not so much that joysticking around is difficult, but typically it’s something that AMR companies do as part of a deployment, and Robust.AI is hoping to lower that barrier to adoption by removing the requirement for a custom setup process. Users then label places and regions to tell the robots where to go, and the Grace system allocates people and robots to tasks. “You can get the whole system up and running in the cloud without having to reengineer anything,” Brooks says. “Eighty percent of the warehouses in the United States have zero automation, and we want to start getting them automated.”

Carter (“Cart-er,” get it?) is a mobile robot about the size of a shopping cart. It has no lidar, but it’s full of cameras (16 on the current version), with neural processors running models at each camera so that the only data that needs to be passed around is semantic information along with coordinates.

“The key thing about Carter is that if you grab its handlebar, it’s now in power-assist mode, and you can just move it anywhere you want,” Brooks says. “With most other AMRs, even ones with good sensing, they go where they want, and the best you can do as a human is dance with them to try to block them. The important thing is that human workers are not separate from the automation—they get to use the automation.”

“[Our robots] really look at people, and they understand people. We have started to do some fairly simple semantic understanding of what people are doing, and make some predictions about what their behavior is going to be next. Our robots are deferential to people, instead of acting like they own the place. We want them to be friendly to the people who work there.” —Rodney Brooks

In a recent talk, Brooks describes what Robust.AI is going for with its system in terms of bears, goats, and dogs. You know, like this:

AGVs are like bears, because the prudent thing to do is to be physically separated from them—getting near them can be dangerous, and even in the best of cases, they’re not friendly to people. Most AMRs, meanwhile, are like goats. A goat is unlikely to eat you, and you can probably spend time around it without being mauled, but (depending on the goat) you’re likely to get somewhat annoyed by typical goat behavior. The goat will do its goaty things, and see you as little more than an obstacle or a source of treats or something to headbutt.

Robust.AI, meanwhile, is building what it’s calling “Collaborative Mobile Robots,” which Brooks envisions as behaving more like service dogs. CMRs will pay attention to what you’re doing, understand what you want, and collaborate with you rather than just exist safely in your space. “Like a dance partner,” says Brooks.

Brooks explains that the advantage of this kind of hardware and software is how versatile it is, especially in small manufacturing where work changes all the time. In factories where carts are already used to move stuff from place to place, Carter fits right in. It’s not the same as warehouse fulfillment, but it shares a lot of the same components, and allows Robust.AI to target a wider variety of environments.

To be clear, Robust.AI isn’t going to take on Amazon or Ocado or highly structured warehouses. And the company isn’t taking on moderately structured environments either, where the environment and workflows are stable enough that you don’t have to change things around very much. Robust.AI is targeting “micro-fulfillment” (which means up to about 50,000 square feet) along with manufacturing operations of similar size. “The smallest warehouse we’ve seen is 100 square feet,” Brooks says. “That’s too small for us. But there are lots of warehouses of 10,000, 20,000, 50,000 square feet in the form of fulfillment centers moving into cities, and warehouses of those sizes don’t have automation solutions that are easy to adopt. We’re trying to add automation with very little effort.”

Brooks hopes that minimizing effort could mean that Robust.AI’s system makes sense even for small facilities. Like, facilities that may need only one robot. Being willing to sell a single robot isn’t something that I think many other AMR companies would bother with, simply because the initial deployment makes it really hard to justify something that small. And, to be fair, Robust.AI itself isn’t necessarily looking to do this long-term, says Brooks. “We’re looking for partners who have a big presence in manufacturing and in selling and servicing machines, who want to build and sell these robots with our software stack. That’s how we’ll get to a massive scale much more rapidly. We think this is a fantastic market that we can move into quickly.”

While the pictures and video are a pretty good example of the sort of thing that Robust.AI is looking to deploy, this is just a prototype of Carter, and we’re told that the Grace software stack is also working on other platforms. “We’re talking to a lot of customers,” Brooks says, “and we expect to have trials this year.” And by next year, Robust.AI is planning to have a production line geared up to the point where it’ll be able to get its robots on the market. 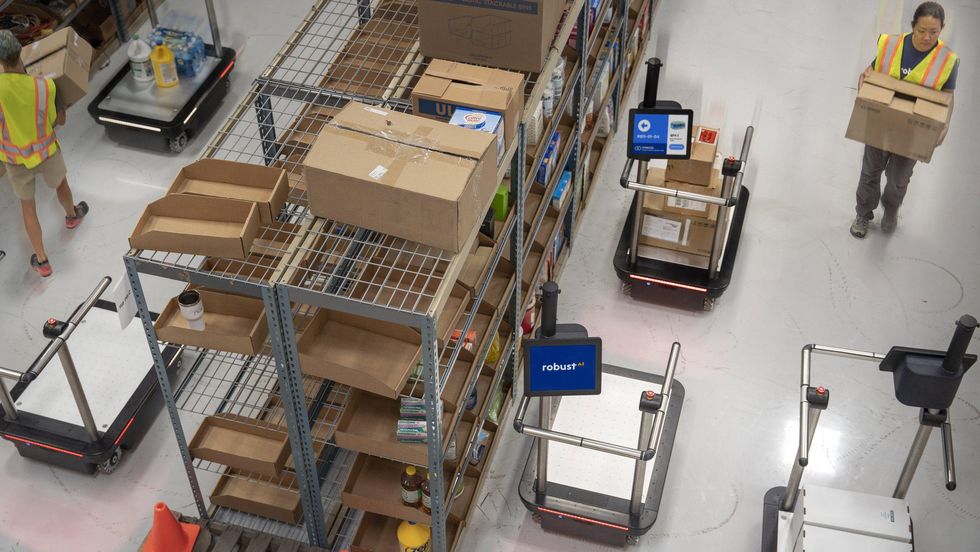 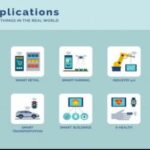 IoT to Benefit From Sensor Fusion