Rishi Sunak is ‘better news than Truss’ on climate change, but by how much?

Over the past several months, Britain has seen the death of a monarch, the proclamation of a new one, the resignation of Prime Minister Boris Johnson, and the election of his replacement, Liz Truss, who almost immediately sent the British economy into freefall.

Now, Britain is getting its third prime minister in just as many months. Truss resigned on Thursday after a six-week run; Rishi Sunak, the country’s chief financial minister, was selected as the new leader of the Conservative Party and will take her place in 10 Downing Street.

Truss set a low bar on environmental issues during her short tenure, carrying out what was dubbed by her opponents as a “war on nature.” While Sunak’s record on climate policy has been arguably poor, environmental advocates are hopeful that he will at least deliver on some of his party’s 2019 environmental manifesto, which contains a moratorium on fracking and a strong commitment to decarbonizing the economy by 2050.

“He’s obviously better news than Truss, that goes without saying,” said Chris Venables, head of politics at the Green Alliance, an independent cross-party environmental think tank based in the United Kingdom.

Sunak, a former investment banker and one of the wealthiest people in England, was elected to British parliament in 2015 and selected by Johnson as Chancellor of the Exchequer in 2020, overseeing the state’s economic and financial matters. After Johnson resigned in July, Sunak campaigned for prime minister, but lost to Truss. Her platform of tax cuts and free market economics, however, quickly led to massive inflation, the pound depreciating in value, and runaway government borrowing.

“Her environmental policies were also very much a factor in her demise,” said Venables, adding that Truss was very close to people aligned with the fossil fuels agenda. In the last month under Truss, the U.K. saw a concerted attack on the basics of environmental protection: Truss and right-wing members of Parliament sought to wipe over 570 rules on environmental protection inherited from the European Union off the slate. Her new “investment zones” policy stoked fears among conservation groups that development would harm wildlife. She scrapped a popular new payment scheme in the works for farmers to implement conservation practices. And she also planned to restart fracking.

Sunak, on the other hand, has declared his support for conservation, for reforming farm payments, and for meeting Britain’s net-zero goals, though much of his climate agenda remains to be seen.

Sunak has historically aligned with his Conservative Party colleagues to vote against efforts to reduce greenhouse gas emissions. While chancellor, he implemented cuts that ended a nationwide home insulation subsidy program, though he has since talked about prioritizing home insulation across Britain by launching a new, improved program. Under pressure from the Labor Party, he instituted a windfall tax – levied when unexpected circumstances, like war or natural disaster, result in larger-than-usual profits for an industry – on oil and gas companies, but it included a tax break for corporations that re-invested in new fossil fuel production. Campaigning over the summer, he reaffirmed his opposition to both onshore wind and farmland solar development, two of the cheapest ways to generate electricity in the U.K. He wants to increase offshore wind capacity and also supports increased drilling for gas in the North Sea.

“He has been elected on no ticket, so he didn’t have to say what he was going to do,” said Venables. “Britain needs state intervention and investment in areas that are hard to decarbonize and there haven’t been many signs that he is willing to do that.” As chancellor, he shepherded England through the pandemic by increasing spending for social support, which he has since tried to reign in. Over the summer, Sunak ran on a fiscally conservative agenda. Still, said Venables, there are some things he’s done for the climate.

At the last United Nations’ climate meeting, COP26 in Glasgow, Sunak articulated a center-right approach to tackling the climate crisis and committed to making Britain the “world’s first net zero aligned financial center,” pledging $120 million to the Taskforce on Access to Climate Finance. He oversaw the creation of the U.K. infrastructure bank to unleash climate capital and, even if enforcement and timescales leave much to be desired, he mandated that every company in the U.K. have a climate plan. At the same time, he was criticized for cutting overseas aid to developing countries, failing to pay the U.K’.s fair share toward the $100 billion global climate target, and cutting taxes on domestic flights in the runup to COP26.

While Truss asked King Charles III not to go COP27 in Egypt, environmentalists expect Sunak to go, and hope that he will support Charles’ attendance as well. The new monarch has been hailed as “the climate king” for his history of speaking out on biodiversity loss and global warming, although many have been quick to point out the role of the monarchy in creating the climate crisis through colonial rule.

Some hope Britain’s current economic and energy crises may spur Sunak, often characterized as sensible and pragmatic, to rethink his past policies. Fuel bills are 2.5 times what they were a year ago, and would be five times more were it not for government support. “We’re going into a winter where we’re expecting millions of households to fall into fuel poverty,” said Venables. “Literally the only way through is to insulate homes and build out renewables.”

This story was originally published by Grist with the headline Rishi Sunak is ‘better news than Truss’ on climate change, but by how much? on Oct 25, 2022. 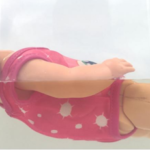 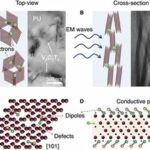