Most of the smartphones in our pockets contain computer chips based on Arm architecture, whereas Intel’s x86 architecture reigns supreme among laptops, desktops, and server hardware. But a fast-growing number of companies in the U.S., Europe, and especially Asia have been turning to the open-source chip architecture called RISC-V. It allows even startups to design custom chips without the expensive licensing fees required to use proprietary chip architectures.

Originally developed by researchers at the University of California, Berkeley, starting in 2010, RISC-V represents one of many instruction set architectures (ISAs) that allow programmers and the software they write to directly control computer hardware. The open-source flexibility of RISC-V has made it an increasingly popular chip architecture for companies such as computing storage giants Seagate and Western Digital Corp., China’s e-commerce giant Alibaba, along with government initiatives backed by the U.S. military’s Defense Advanced Research Projects Agency (DARPA).

“There’s a lot of multi-denominational companies that don’t subscribe to having all the wood behind one arrow,” says Mark Himelstein, chief technology officer at RISC-V International. 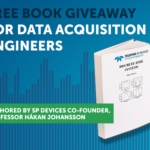