A team led by Thomas Shiell and Timothy Strobel from the Carnegie Institution for Science has developed a new method for synthesizing a novel crystalline form of silicon. This novel form has a hexagonal structure that could potentially be used to create next-generation electronic and energy devices with enhanced properties. The team reports its advance in a paper in Physical Review Letters.

Silicon plays an outsized role in human life. It is the second most abundant element in the Earth's crust. When mixed with other elements, it is essential for many construction and infrastructure projects. And in pure elemental form, it is crucial enough to computing that the longstanding technological hub of the US – California's Silicon Valley – was nicknamed in honor of it.

Like all elements, silicon can adopt different crystalline forms, called allotropes, in the same way that soft graphite and super-hard diamond are both allotropes of carbon. The form of silicon most commonly used in electronic devices, including computers and solar panels, has the same structure as diamond. Despite its ubiquity, this form of silicon is not fully optimized for next-generation applications, including high-performance transistors and some photovoltaic devices.

While many different silicon allotropes with enhanced physical properties are theoretically possible, only a handful exist in practice, given the lack of known synthetic pathways that are currently accessible.

Strobel's lab had previously developed a revolutionary new form of silicon, called Si24, which has an open framework composed of a series of one-dimensional channels. In this new work, Shiell and Strobel led a team that used Si24 as the starting point for a multi-stage synthesis pathway that produced highly oriented crystals in a form called 4H-silicon, named for its four repeating layers in a hexagonal structure.

“Interest in hexagonal silicon dates back to the 1960s, because of the possibility of tunable electronic properties, which could enhance performance beyond the cubic form,” Strobel explained.

Hexagonal forms of silicon have been synthesized before, but only through the deposition of thin films or as nanocrystals that coexist with disordered material. The newly demonstrated Si24 pathway produces the first high-quality, bulk crystals, which can serve as the basis for future research activities.

The researchers also took advantage of an advanced computing tool called PALLAS, which was previously developed by members of the team to predict structural transition pathways – like how water becomes steam when heated or ice when frozen. Using PALLAS, the team was able to determine the transition mechanism from Si24 to 4H-Si, and understand the structural relationship that allows the preservation of highly oriented product crystals.

“In addition to expanding our fundamental control over the synthesis of novel structures, the discovery of bulk 4H-silicon crystals opens the door to exciting future research prospects for tuning the optical and electronic properties through strain engineering and elemental substitution,” Shiell said. “We could potentially use this method to create seed crystals to grow large volumes of the 4H structure with properties that potentially exceed those of diamond silicon.”

This story is adapted from material from the Carnegie Institution for Science, with editorial changes made by Materials Today. The views expressed in this article do not necessarily represent those of Elsevier. Link to original source. 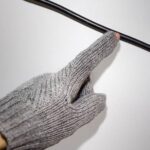 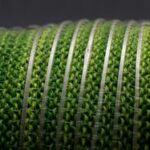