Perovskite solar cells have emerged as an alternative material to silicon in traditional, inorganic solar cells because of their ability to enable higher power conversion efficiencies.

Though other materials are currently used for different types of solar cells (e.g., organic materials for flexible and transparent solar cells), there have not been many contenders that could displace silicon and the silicon derivatives used in commercial solar cells today.

There is potential for perovskite solar cells to replace traditional silicon, but there are still some challenges ahead before they commercially compete with silicon solar cells.

The potential of perovskite solar cells

Perovskites are a wide class of materials that have only been integrated into solar cells on a widespread basis within the last 10 years or so. Because perovskites are a material with the general structure of A2 B4 X32- (with A and B being cations with 2 and 4 charges, and X being an anion), there are several materials to work with. As a result, there is great potential to utilize different perovskites for varying solar cell applications.

Among these materials, several different candidates have exemplified a potential for high power conversion efficiencies (PCEs) just behind the commercial solar technology gold standard—despite silicon’s long-standing superiority in the industry. As of January 2022, the highest recorded PCE of a perovskite solar cell clocked in at around 25.7%, which is only 1% lower than single-crystal silicon solar cells in use today.

But how have researchers progressed in such a short amount of time despite the challenges associated with perovskite solar cell commercialization? As is the case with many other promising materials, it has much to do with the properties of the materials being utilized (researchers have experienced this exact issue when using graphene in solar cells and other technologies).

Perovskites have excellent electronic properties with a direct bandgap (a semiconducting nature necessary for all solar cell junctions), and a high absorption coefficient. This means that they can absorb light rays efficiently and across a wide range of the electromagnetic spectrum—not just visible light.

Beyond these key properties, perovskites also exhibit a long charge carrier diffusion length, a fast charge separation of active charge carrier species, and their bandgaps can be tuned with ease using chemical dopants. From a material perspective, this combination of electronic properties means they offer a lot of promise for more efficient optical absorption mechanisms and higher photon-to-electricity conversion rates. Therefore, there has been so much interest in their use and growth in the number of devices being researched.

Like any new technology, there are a number of challenges that researchers and developers must overcome before they become commercially feasible—perovskite solar cells are no different. They have great potential thanks to their high PCEs and simple processing routes, however, defects and stability issues have slowed perovskite’s widespread adoption.

One of the main causes for defects and instability in perovskite devices are the number of processing and manufacturing routes being used to create these devices. While multiple manufacturing routes could be advantageous, it is a detriment when each route is producing different results and the reproducibility of device performance becomes an issue.

These problems become more apparent when you create large-area devices. These are the devices, however, that will eventually harvest the most sunlight, so there must be some level of cohesion and standard between the techniques so that reliable results are produced consistently.

The defects and instabilities arise because each method involves different synthetic routes and fabrication parameters. So, defects can occur in some approaches through ion migration, whereas pinholes will appear from lattice deformation and phase transitions.

When these defects occur, they not only lower the PCE of the device by worsening its photoelectric properties, but they also speed up the degradation of the solar cell in the presence of water, elevated temperatures, light, and electric fields.

For commercialization efforts to be more successful, and for the PCE and low-cost potential of perovskites to be realized, there must be greater reliability between methods to ensure high device quality, performance, and a guarantee on long-term stability.

Alongside bulk perovskites, there is growing interest in 2D perovskite materials for solar cell creation. Some researchers consider 2D materials to be the key to improving device stability alongside surface engineering methods and methods based on introducing inorganic cations to the perovskite lattice.

Akanksha Urade, an academic researcher in graphene and 2D material technologies at the Indian Institute of Technology Roorkee, told EE Times that “perovskite materials are widely regarded as the successor to silicon due to their high efficiency and being lightweight. However, it is difficult to reproduce the results seen in the lab for mass production, so the potential of perovskites has not yet been fully realized.”

There are different 2D materials being trialed for thin film solar cells, and one of the recent and most promising developments involving 2D materials this year occurred when a group of researchers created large-area graphene-perovskite (GRAPE) solar panels and built a small-scale solar farm in Greece. The researchers used graphene as an electron transport layer and 2D molybdenum disulfide as a buffer layer between the perovskite and the hole transport layer.

The commercialization of 2D perovskite materials has come with its own challenges, but this new development alongside graphene (which is also being widely trialed in solar cells on its own) represents a new class of perovskite solar cells.

The small-scale solar farm is still in its infancy, and improvements are expected to be made as there were still some issues that needed to be resolved. For example, the solar panels experienced some degree of degradation in the lamination material (a low-temperature cross-linkable, ethylene-vinyl acetate coating) that caused their performance to drop off after 9 months.

However, one of the notable features of using graphene alongside perovskite, the researchers found, is that it improved the internal stability of the cell. So, if better materials can be used to encapsulate the panels and prevent environmental degradation, then the panels should remain stable internally for a long time. The solar cells themselves have a large area (0.5m2) and contain 40 modules each. The solar farm is composed of nine of these solar cells, for a total surface area of 4.5 m2, with an installed power of 267 W.

The solar farm was not connected to the grid for the entire project; however, it’s estimated that if it was connected for a whole year continuously, then the farm could potentially produce around 376 kWh when considering some power losses within the first 12 months. If you remove the initial losses and consider a fully set up system, the solar farm should produce around 546 kWh.

These numbers are very promising because though there are many different solar cells installed today, all with different power requirements, the most common residential solar cells installed on top of houses are between 250 W and 400 W. It typically takes a 1 kW set up composed of multiple panels to achieve between 750 and 850 kWh of energy each year, if ideal harvesting conditions are met throughout the year.

Urade also spoke on the potential of GRAPE solar panels. “In high-temperature conditions, graphene-enabled perovskite solar panels outperform conventional PV panels, and at peak power, most commercial silicon solar panels only achieve 250-300 W of power,” she said. “Only a small amount of degradation is being seen after eight months of use, and these technologies could help to bring the levelized cost of energy (LCOE) below €20 [$19.77]/MWh.”

It is expected that the area of 2D perovskites is going to gather more interest in the future. Even though 2D perovskites are not yet showcasing as high efficiencies as their bulk counterparts, there are devices in development that are achieving PCEs in the mid-teens. There is also more flexibility in where we could see these devices—from hybrid bulk solar cells to thin film solar cells. They might not hit the heights of bulk perovskite solar cells, but it is likely that both types are going to be playing increasing roles in the world’s energy harvesting operations in the coming years. 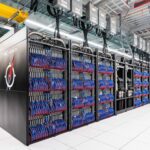