President Donald Trump and his top U.S. military adviser met with Google’s CEO about concerns that Silicon Valley’s AI collaborations in China may benefit the Chinese military. Such worries reflect awareness of how certain technologies developed for civilian purposes can also provide military advantages in the strategic competition playing out between the United States and China.

The meeting comes after General Joseph Dunford, chairman of the Joint Chiefs of Staff, leveled pointed criticism at Google for pursuing technological collaborations with Chinese partners, during his testimony before the Senate Armed Services Committee on 14 March. The spotlight’s glare on Google grew harsher when President Trump followed up on Twitter: “Google is helping China and their military, but not the U.S. Terrible!” But beyond the focus on Google, the Pentagon seems more broadly concerned about U.S. tech companies inadvertently giving China a leg up in developing AI applications with military and national security implications.

“We watch with great concern when industry partners work in China knowing there is that indirect benefit, and frankly ‘indirect’ may be not a full characterization of the way it really is,” Dunford said. “It’s more of a direct benefit to the Chinese military.”

The chair of the Joint Chiefs of Staff elaborated on his comments about Google and China during another event held at the Atlantic Council, a think tank focused on international affairs, in Washington, D.C., on 21 March. U.S. tech companies working with China on AI initiatives “will help an authoritarian government assert control over its own people…and it will enable the Chinese military to take advantage of the technology that is developed in the United States,” Dunford said.

Dunford eventually met with Sundar Pichai, chief executive officer of Google, in Washington, D.C., on 27 March, according to Bloomberg. In an unexpected twist, President Trump also talked with Pichai and later tweeted about his satisfaction with the meeting: “He stated strongly that he is totally committed to the U.S. Military, not the Chinese Military.”

There does not seem to be definitive evidence that Google’s activities in China have directly benefited Chinese military tech development so far, at least based on open sources, says Elsa Kania, an adjunct fellow with the Center for a New American Security (CNAS) in Washington, D.C. Her research focuses on Chinese military innovation in emerging technologies as part of the center’s Artificial Intelligence and Global Security Initiative.

“This is about us looking at the second and third order effects of our business ventures in China, the Chinese form of government, and the impact it will have on the United States’ ability to maintain a competitive military advantage and all that goes with it.”
—General Joseph Dunford, chairman of the Joint Chiefs of Staff

Inspired in part by U.S. successes in defense innovation, China has established a national strategy of “military-civil fusion” (or “civil-military integration”) that aims to mobilize and leverage its burgeoning tech sector for military innovation, Kania explains. The United States and China are among many countries that have generally emphasized development of AI, quantum computing, and other futuristic technologies as national priorities.

But even if Google has not directly worked with the Chinese military or intentionally sought to aid Chinese military innovation, it’s “noteworthy that some of Google’s current and potential partners in China, including Fudan University and Tsinghua University, are involved in and committed to this national strategy of military-civil fusion,” Kania says.

The Chinese government’s direct control through state-owned companies—and influence over private Chinese companies—provides a “direct pipeline” to readily harness private-sector technologies originally developed for civilian applications and repurpose them for the military, said Patrick Shanahan, acting U.S. Secretary of Defense, in his testimony alongside Dunford during the Senate hearing.

“The U.S. too has been actively seeking to leverage commercial technologies to support defense innovation, but, as General Dunford’s evident frustration with Google highlights, not all American companies are eager to contribute to this agenda,” Kania says.

Intensive scrutiny of Google may seem unfair when it’s hardly alone in pursuing business ventures that could be seen as benefiting China’s broader AI ambitions. Other U.S. tech giants such as Amazon, Apple, IBM, and Microsoft all operate research centers in China that include projects focused on developing AI applications or cultivating local Chinese engineering talent. And at the end of the day, the Pentagon’s broader concerns about Silicon Valley’s business interests in China may not be unwarranted.

“Certainly, there is a real risk that Google’s engagement in China could benefit the Chinese military and government, including through facilitating tech transfer and contributing to talent development,” Kania says. “However, these risks are not unique to the case of Google, and similar concerns can and should be raised about the activities of a number of other companies and universities in China that are pursuing research or partnerships in dual-use or sensitive technologies.”

The Pentagon’s big-picture worries clearly go beyond Google. But Google may have attracted more ire and attention because it has proven warier than some other tech giants in lending its expertise to U.S. military projects.

It wasn’t always this way. Google’s top brass initially seemed enthusiastic about helping the U.S. military in deploying AI algorithms to help automate drone video surveillance in Project Maven, according to internal emails shared with Gizmodo. That changed when a public relations backlash and internal opposition from Google employees, some of whom signed an open letter or even resigned in protest, prompted Google’s leadership to wind down participation in the Project Maven after the contract expires this year.

That fallout from Google’s participation in Project Maven led the leadership to lay out the company’s ethical principles on what it sees as acceptable uses of AI and related technologies. The company cited such values as the reason it would not compete for the Pentagon’s lucrative Joint Enterprise Defense Infrastructure (JEDI) contract—worth up to US $10 billion—focused on building cloud computing infrastructure for the U.S. Department of Defense.

“Certainly, there is a real risk that Google’s engagement in China could benefit the Chinese military and government, including through facilitating tech transfer and contributing to talent development.”
—Elsa Kania, Center for a New American Security

Google’s newfound reticence regarding certain U.S. military projects prompted Acting Defense Secretary Shanahan to describe Google’s stance as “a lack of willingness to support DOD programs” during the recent Senate hearing. But Google’s stance does not seem to have ruled out doing business with the Pentagon. Furthermore, former Google Chairman and CEO Eric Schmidt is currently heading the Pentagon’s Defense Innovation Board, which advises the U.S. military, even as he serves as technical adviser to Google’s parent company Alphabet and sits on the board of directors.

The fact is that Google is merely the latest lightning rod to attract controversy in the midst of several bigger debates roiling the U.S. national security and tech communities. From the standpoint of geopolitical competition, the Pentagon is alarmed by the possibility of U.S. tech innovation directly or indirectly aiding an authoritarian country that is increasingly portrayed in hostile terms as the main challenger to U.S. military dominance. ​

“This is about us looking at the second and third order effects of our business ventures in China, the Chinese form of government, and the impact it will have on the United States’ ability to maintain a competitive military advantage and all that goes with it,” Dunford said during the Atlantic Council event.

Both Silicon Valley and the Pentagon are also caught up in a different debate about the ethical use of AI and related technologies in both civilian life and on the battlefield. Many pioneering and prominent AI researchers have actively come out against the weaponized deployment of AI algorithms in so-called “killer robot” military technologies or surveillance applications that could infringe on privacy at home. Some engineers have become more public about turning down tech recruiters who represent companies such as Google and Amazon, citing ethical concerns about how such companies offer up their tech products and services to the U.S. military and law enforcement.

Differences of opinion on ethics can exacerbate the Pentagon’s existing challenges in attracting the best and brightest engineers to develop AI for military applications. The defense industry has already fallen behind the commercial sector in recruiting computer science and engineering talent because of salary and budget gaps, wrote Missy Cummings, director of the Humans and Autonomy Laboratory at Duke University, in a 2017 Chatham House report titled “Artificial Intelligence and the Future of Warfare.” On top of that, an increasingly vocal segment of the engineering workforce seems publicly disinclined to help the U.S. military pursue certain uses of AI technologies.

The U.S. military’s ongoing struggle to win hearts and minds in Silicon Valley may be feeding back into its anxiety about seeing U.S. tech giants reach out to China. From the Pentagon’s standpoint, it may seem like Silicon Valley is pouring talent and resources into helping a rival authoritarian power while turning up its nose at a U.S. military that sees itself as the defender of democracy. But the Pentagon’s focus on military competitive advantage lends itself to a certain institutional secrecy—such as declaring all 5,000 pages of Google’s work on Project Maven exempt from public disclosure—that is unlikely to convince skeptics who want more transparency in how the U.S. military uses AI and related technologies.

For now, the Pentagon can take heart from several factors. The “China model” may make it easier for that country’s government to harness the civilian AI technologies for military purposes but also imposes a heavy-handed agenda and ideology on Chinese tech companies in a way that could “prove self-defeating, as a drive for innovation comes into conflict with a propensity to reassert Party control,” Kania says. She also sees the “openness of the American innovation ecosystem” that sometimes include global research partnerships with Chinese counterparts as a huge competitive advantage for the United States. Still, she advocates caution for such U.S.-Chinese partnerships.

“When Google or any American company or university chooses to engage with a Chinese counterpart, I hope that this this increased blurring of boundaries between academic and military-oriented research in China, particularly in artificial intelligence, will be a consideration,” Kania says. 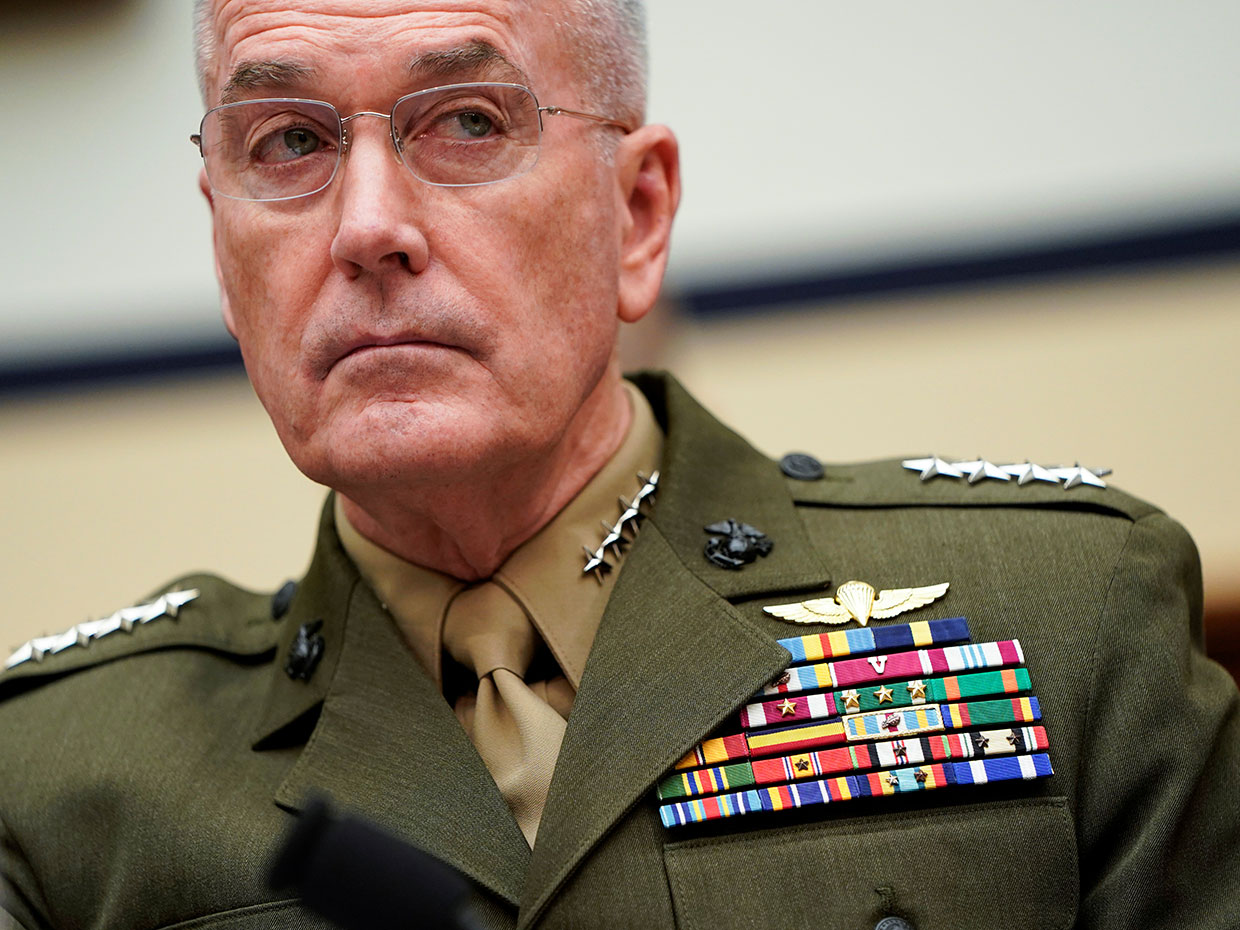 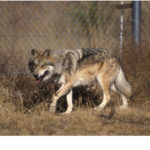 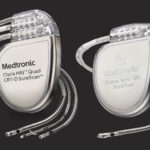