It’s somewhat like the fairy-tale stories of Cinderella or the Ugly Duckling: For many years, processors of all types, sizes, and speeds were the glamorous subjects of general media attention as well as major R&D investments. At the same time, power devices — primarily silicon-based MOSFETs as well as IGBTs — were apparently underappreciated and languished in the background as part of the supposedly dull power niche.

Things have certainly changed in the last few years, as power devices, especially those based on gallium nitride and silicon carbide process technologies, are getting plenty of attention and investment. It’s not practical to provide specific dollar amounts here, as it is so hard to measure; there are many legitimate ways of looking at the specifics and many ways to interpret that attention. Still, there’s no doubt that power devices are where a lot of the visible activity is happening right now, driven by electric vehicles, green initiatives, and many other factors.

But power-related circuit designs do not live by their power devices alone. The gate driver, which is usually a separate device for all but the smaller power devices, plays a key role in managing the power device, ensuring it meets its performance potential and ensuring that operating boundary related to voltage swing, current, turn-on/-off slew rates, parasitic inductance and capacitance, and more are respected and followed.

In fact, making the gate driver to be a close and suitable partner of the switching power device is an important part of the design process. The right choice can make that power device meet target specifications, while a suboptimal mismatch can negate much of its potential and even damage or destroy it. As a result, gate drivers have their own sets of application notes and design guidelines; some are device-specific, while others are more general (see References).

However, there’s another, somewhat silent partner in the relationship that is behind the scenes and easily ignored until late in the cycle: the gate driver’s own power supply, almost always a DC/DC converter. While the power device has its own supply rails via the load, the gate driver needs its own rails that must be matched to the specifics of the driver/power device combination (Figure 1).

Why worry about the gate driver’s power source?

I was reminded of this obvious but easily ignored reality when I came across the application note “Gate Drive Application Notes: IGBT/MOSFET/SiC/GaN gate drive DC-DC converters” from Murata Power Systems. This note looks at some of the driver considerations and how they reflect back onto the driver’s DC/DC converter acting as its power supply.

The first point is that in many circuit topologies, such as the widely used bridge arrangement, the driver and its DC/DC converter need to be galvanically isolated from ground along with high-side power device; in some cases, both high-and low-side devices need to be isolated.

But that’s just the start. It also turns out that the bipolar DC/DC power converter may not need to be symmetrical but will work effectively with the driver with a negative rail of lower voltage than the positive one. Needing only a reduced negative-output voltage provides more flexibility in designing or specifying the power-handling capabilities of the DC/DC converter. For example, among the Murata DC/DC pairing are 20-V/–5-V and 18-V/–2.5-V units, in addition to the more common symmetrical bipolar values.

As the Murata note points out, “While 0 V on the gate can be adequate for many devices, a negative voltage typically between –5 V and –10 V enables rapid switching controlled by a gate resistor. Any emitter inductance L between a switch and the driver reference [Point X in Figure 2] causes an opposing gate-emitter voltage when the switch is turning off. While the inductance may be small, just 5 nH would produce 5V at a di/dt of 1,000 A/μs, which is not unusual (5 nH is just a few millimeters of wired connection.) An appropriate negative drive ensures that the gate-emitter off voltage is always actually zero or less.”

There are also considerations on the transient response of the DC/DC converter, as the load presented by the driver suddenly changes as it drives the power device on and off. The Murata note makes it clear as well: “IGBTs/MOSFETs should not be actively driven by PWM signals until the drive-circuit voltage rails are at correct values. However, as gate-drive DC/DCs are powered up or down, a transient condition might exist where devices could be driven on, even with the PWM signal inactive, leading to shoot-through and damage. The DC/DC outputs should therefore be well-behaved on power-up and -down with monotonic rise and fall.” Yes, we knew that, but was that aspect properly taken into account? The note points out some concerns when choosing a suitable DC/DC converter for the gate driver.

There are times when I have a nagging worry that the multidimensional demands placed on engineers will result in no reasonably good final design, as there are just too many conflicting expectations in the face of unavoidable tradeoffs. Yet despite my worry, I see many very good designs that somehow manage to meet, to an acceptable or even required level, the many electrical, environmental, regulatory, thermal, efficiency, cost, production, and other overlapping demands placed on them.

The attributes of the device-driver DC/DC converter are yet another set of these challenges with many degrees of freedom to juggle. It’s unfortunate that the general public does not appreciate this and likely thinks it’s easy. That’s why I find it especially worrisome when politicians legislate the shape and rate of progress toward some laudable goal. If only it were that simple.

What’s been your experience with exposure to gate drivers and especially their power converters? Has the performance of the converter even become an unexpected limiting factor or problem even when the driver and power device were properly matched?

Gate Drivers Get Some Deserved Attention

The post Pay Attention to the Gate-Driver Power Supply appeared first on EETimes.

Google places engineer on leave after claim LaMDA is ‘sentient’ 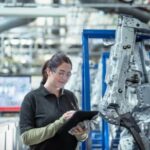