With the opportunity to improve manufacturing operational efficiencies through digital transformation, businesses are facing increasing cyber threats in their environments, now more than ever.

Attacks like SolarWinds, Oldsmar and Colonial Pipeline have garnered a lot of press attention, but there are many attacks that don’t get attention and the volume of operational technology (OT) attacks are increasing.

“The attack surface is growing. Connecting the devices is smart, but it has to be done in a smart and effective manner,” said Jeff Zindel, VP/GM of cybersecurity for Honeywell Connected Enterprise at Honeywell Connect in Orlando.

The damage done by a bad actor or because of an unaware employee are significant in the short- and long-term for companies.

Cyber incidents, Zindel said, can lead to production loss and quality issues as well as damage to a company’s brand and reputation, which could take years to recover from. He noted SolarWinds, which had a high-profile hack in late 2020, is still dealing with the repercussions from that attack. Other long-term effects include significant unplanned labor, overtime and idle equipment costs. Insurance coverage can be denied for a company and there could be fees and lawsuits against the company due to negligence or non-compliance. This is especially true, Zindel said, if people are hurt or killed due to a cyberattack.

The Industrial Internet of Things (IIoT) has made it possible to connect more devices, which allows engineers to gather more information than ever. That information can be delivered to a control room or a user’s phone through an app. 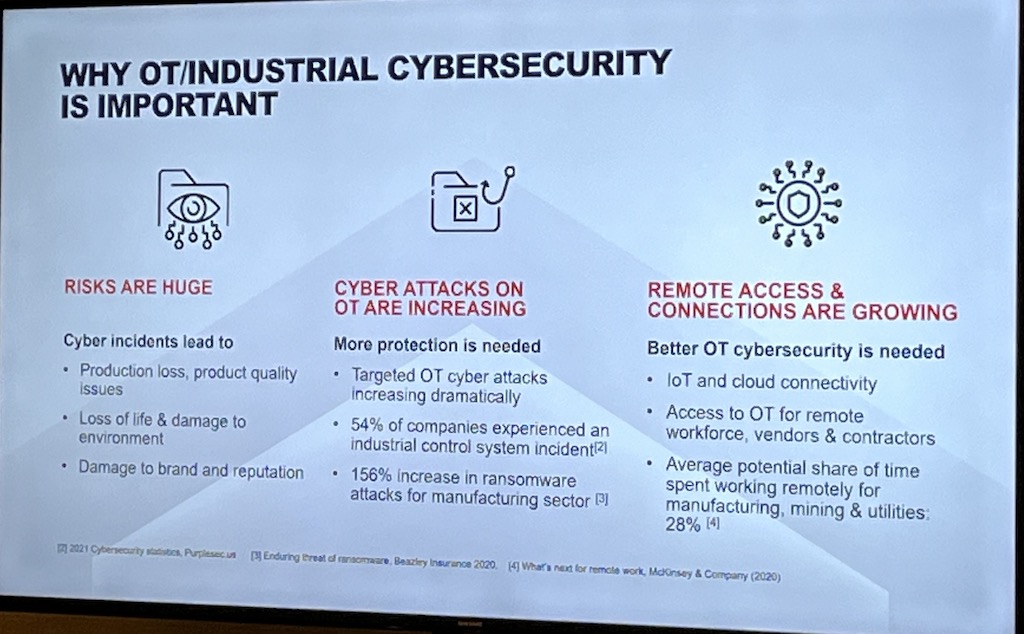 Operational technology (OT) cybersecurity is growing in importance as they are subject to more cyber attacks. Courtesy: Chris Vavra, CFE Media and Technology

The increased flexibility and knowledge is a good thing, but all these devices are potentially at risk of being hacked. Zindel cited four ways the OT cyber attack surface is increasing.

It isn’t just bad actors, Zindel said, who can do damage. A reliance on contractors and end users due to the skills gap means outsiders can bring in malware by accident without intending to at all. Awareness is critical, but companies can do their part by starting small and being vigilant. 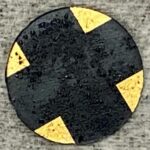