Old Lunar Data Gets New Life, With Help From Seismologists

The NASA probe that touched down on Mars earlier this week is carrying a sensitive seismometer to measure the Red Planet’s rumblings. But as it looks to expand what we know about otherworldly seismology, researchers remain transfixed by data from a much older source: seismometers set on the moon nearly 50 years ago.

Apollo astronauts placed the first of these instruments in 1969 on the Sea of Tranquility, a large lunar plain formed by ancient volcanic eruptions. These seismometers last sent signals earthbound in 1977. Now Ceri Nunn, a seismologist at NASA’s Jet Propulsion Laboratory, is working with colleagues to collect and clean up the decades-old data. 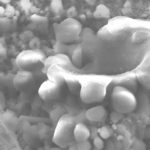 Scientists in the U.S. and Japan Get Serious About Low-Energy Nuclear Reactions