Novel 3D-printing resin gets into shape for tissue scaffolds

A team of British researchers has demonstrated the viability of 3D-printed tissue scaffolds that harmlessly degrade while promoting tissue regeneration following implantation. These scaffolds showed highly promising tissue-healing performance, including the ability to support cell migration, the 'ingrowth' of tissues and revascularization (blood vessel growth).

The team was led by Andrew Dove from the University of Birmingham's School of Chemistry, who is also the lead author of a paper on this work in Nature Communications. The paper characterizes the physical properties of the scaffolds and explains how their 'shape memory' is key to promoting tissue regeneration.

“The scaffolds have evenly distributed and interconnected pores that allow diffusion of nutrients from surrounding tissues,” explained Dove. “The shape memory means this structure is retained when the scaffold is implanted into tissues, and this supports the infiltration of cells into the scaffold while encouraging tissue regeneration and revascularization.”

The scaffolds were created using 3D-printing resin 'inks' developed during a major programme of biomaterials research, also led by Dove. The polycarbonate-based resins are being commercialized under the tradename 4Degra by 4D Biomaterials, a spinout from University of Birmingham Enterprise and Warwick Innovations, which was launched in May 2020.

The scaffolds showed several major advantages over current approaches for filling soft tissue voids that remain after trauma or surgery. These included sufficient elasticity to conform to irregular spaces, the ability to undergo compression of up to 85% before returning to their original geometry, compatibility with tissues and non-toxic biodegradation.

The paper describes several different compositions of the 4Degra resins, for producing materials with a wide range of strengths. All of the compositions include a photoinitiator and a photoinhibitor to ensure the resins rapidly turn into gel on exposure to light in the visible spectrum, thus allowing them to be 3D printed into a range of scaffold geometries.

The researchers showed that the materials were non-toxic to cells, and performed mechanical testing to ensure the scaffolds could regain their shape, geometry and pore size after compression. They also performed tests to show the scaffolds can fill an irregular shaped void in alginate gel, which was used as a mimic of soft tissue.

These findings were then confirmed in a mouse model that simulates implantation into adipose (fat) tissue. This showed infiltration of adipocytes and fibroblasts and vascularization at two months, and a tissue arrangement and macrophage presence that was indicative of normal tissue restoration rather than damaged, scarred tissue or an inflammatory response.

At four months, the researchers found small, mature blood vessels in the surrounding tissue. The scaffolds also demonstrated excellent biocompatibility. The collagen capsule that formed around the scaffold was less than 200μm thick, which is well below the 500μm threshold used for biocompatibility in other studies, and there was no calcification or necrosis.

Also at four months, 80% of the scaffold was still present, demonstrating the slow degradation predicted by the laboratory studies, and indicating that the scaffolds would provide support for more than a year, allowing sufficient time for mature tissue ingrowth. The controls, which used poly(L-lactic acid) (PLLA) as a comparator, did not show a significant reduction over the four month period.

“3D-printed materials have received a lot of attention in the tissue engineering world,” said Dove. “However, void-filling materials provide mechanical support, biocompatibility and surface erosion characteristics that ensure consistent tissue support during the healing process, and this means a fourth dimension (time) needs to be considered in material design.

“We have demonstrated that it's possible to produce highly porous scaffolds with shape memory, and our processes and materials will enable production of self-fitting scaffolds that take on soft tissue void geometry in a minimally invasive surgery without deforming or applying pressure to the surrounding tissues. Over time, the scaffold erodes with minimal swelling, allowing slow continuous tissue infiltration without mechanical degradation.”

4D Biomaterials has made fast progress in scaling up production of the 4Degra resin-inks at its laboratory in MediCity, Nottingham, and is now offering technical grade material for commercial supply to 3D-printing companies and medical device manufacturers.

“We are looking to collaborate with innovative companies in Europe and North America to develop a new generation of 3D-printed medical devices that translate the unique advantages of the 4Degra resin-ink platform into improved treatment outcomes for patients,” said Phil Smith, CEO of 4D Biomaterials.

This story is adapted from material from the University of Birmingham, with editorial changes made by Materials Today. The views expressed in this article do not necessarily represent those of Elsevier. Link to original source. 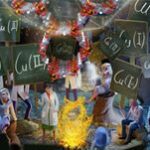 Community comes together to predict oxidation state of complex materials
Report: Corporate giants have been lobbying against their own emissions targets