New Jersey is one major step closer to implementing a groundbreaking environmental justice law. Two years ago, the state passed legislation to limit industrial pollution in neighborhoods with a high concentration of people of color, low-income households, or residents who don’t speak fluent English. Now, the state’s environmental protection agency has proposed regulations spelling out exactly how it will do that.

New Jersey’s landmark law has served as a blueprint for other states working to enact similar legislation. The 153-page draft rule, released by the state’s Department of Environmental Protection earlier this month, will likely set a similar precedent.

Environmental justice advocates say that’s a good thing. “We’re extremely happy,” said Nicky Sheats, a founding member of the New Jersey Environmental Justice Alliance. For more than a decade, Sheats and other environmental justice advocates have been pushing New Jersey to take into account the cumulative impact that industrial pollution has on neighborhoods. Like most states across the country, New Jersey approves pollution permits based on whether or not facilities meet individual standards. In practice, this has meant that the same amount of pollution that would be illegal coming from a single facility is perfectly legal if it comes from multiple facilities clustered close together.

“It’s a real problem in communities of color and low-income communities,” which have a disproportionate share of dirty industrial facilities, like gas-burning power plants, incinerators, and sewage treatment plants, “because you’re not taking into account the total amount of pollution in a neighborhood,” Sheats said.

A handful of other states direct their environmental agencies to take cumulative impacts into consideration, but New Jersey’s law is the first in the country to mandate that the Department of Environmental Protection deny permit requests if it finds a facility would create or contribute to a disproportionately high cumulative burden on the surrounding neighborhood.

“That’s a very important point, because that was a point of intense, intense debate in the passage of the law,” said Ana Baptista, a professor at The New School. “It really was what gave it strength.”

After the law passed in 2020, the Department of Environmental Protection held a series of six stakeholder meetings with communities, environmental justice leaders, and affected industries. Taking input from those meetings into account, the agency crafted the draft rule released earlier this month.

The rule provides specifics on exactly how the Department of Environmental Protection will handle permit requests. Under the draft rule, if a polluting facility wants to build or expand within an overburdened community, it will need to prepare a thorough report evaluating its contributions to the cumulative impact on people living nearby. The agency will then have to publicize the report and hold a public hearing before making a decision on the permit application.

That transparency will allow regular people from affected neighborhoods to play a significant role in the decision-making process — a key tenet of environmental justice — said Melissa Miles, executive director of the New Jersey Environmental Justice Alliance. “For a really long time, so much was happening behind closed doors,” she said. “Now, all of that is going to be in the public domain.”

Community members and companies have the opportunity to submit public comments on the draft rule before the state finalizes it, which it intends to do by the end of the year. Environmental justice advocates say they hope to see a few elements of the draft rule strengthened or clarified. For example, the draft rule creates an exception for polluting facilities that serve an essential environmental, health, or safety need in the host community — such as waste composting sites or projects designed to prevent sewage overflows. Economic factors, like increased tax revenue or employment opportunities, are specifically excluded from consideration. Baptista and other environmental justice advocates worked hard to make sure it was a narrow exception, but Baptista said there is still room for improving and tightening the rule’s wording “to ensure it doesn’t serve as a loophole.”

While New Jersey’s Department of Environmental Protection finalizes exactly how it will implement the law, the state’s approach to cumulative impacts appears to be catching on. Troy Singleton, the state senator who shepherded the New Jersey bill across the finish line, recently told Politico that he’s been speaking with policy makers in Pennsylvania, Maryland, and Delaware about similar legislation. Last month, New York passed its own environmental justice law, but Governor Kathy Hochul has not yet signed the bill.

Maria Lopez-Nuñez, deputy director of organizing and advocacy for the Newark-based group Ironbound Community Corporation, hopes that other states and the federal government will follow New Jersey’s lead. “We need to stop digging ourselves into this hole of perpetual inequality in communities of color and low-income communities,” she said. “We can’t just continue to make assessments about the problem and look at it. We need to actually say no to industry when it hurts communities and adds to the problems that already exist there.”

This story was originally published by Grist with the headline New Jersey releases blueprint for landmark environmental justice law on Jun 22, 2022. 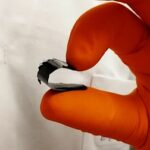