NEC is not the name that immediately comes to mind when discussing the companies driving the concept of the Open RAN. However, that could be changing soon as the Japanese conglomerate spreads its wings and becomes a more serious player in wireless infrastructure.

Over the last few weeks the company has announced potentially significant deals with two of Telefonica’s major European network operators — O2 in the UK, and in Germany.

In both instances, the company is not focusing on being a major hardware supplier, but working with the carriers to trial Open RAN as the primary systems integrator.

NEC does of course supply radio units for RANs, but is carving out a niche for itself working with operators to, as Yoko Nikawadori, senior manager, Service Providers Solutions Division at NEC, told EE Times “realize the Open Ecosystem and bring more flexibility and scalability to next-generation networks.”

In the UK, the companies say they have successfully completed Open RAN trials at a ’Global Open RAN Centre of Excellence’  that NEC commissioned last November at its UK headquarters in South Ruislip, a suburb of West London.

NEC has been co-ordinating the design of the network, incorporating technology from partners that have been pioneering the Open RAN such as Altiostar (virtual RAN software), and radio units from GigaTera Communications and Supermicro.

Then, using O2’s network, it has tested and verified the interoperability of the whole set-up at the Centre of Excellence.

The British operator said last year it is looking to use the disaggregated RAN technology in both urban and rural areas.  At the time, it also mentioned Mavenir and Dense Air as potential technology partners in different scenarios.

Meanwhile, late last year, NEC signed a deal with Telefonica Deutschland/02 to act as a full service integrator for the pilot of an Open RAN the carrier is planning in the country.

NEC subsidiary Netcracker, a specialist in IT systems, was also involved in the project.

The other major carrier that has been showing serious interest and intent as regards the nascent technology, Vodafone, has also been testing NEC’s integration know-how.

Working with Altiostar and using its own RU’s, as well as commercially available off-the shelf hardware from others, NEC has been leading the trial using Vodafone’s Dutch network.

NEC is clearly leaning on the expertise it has gained through the integration role it has played in the implementation of the first commercial Open RANs. Both of these were in Japan and in partnership with Rakuten Mobile, the first ‘greenfield operator of the technology, and incumbent NTT DoCoMo.

“The Japanese operator (Rakuten) was the world’s first to deploy Open RAN, so having learnt commercial development in Japan, we naturally wanted to bring this technology to global markets,” said Nikawadori.

“Some integration companies also exist, but they may not have enough experience. That’s our strength.”

As far as European operators are concerned, NEC is knocking on an open door, most notably in the UK.

The prospect of jobs at the Centre of Excellence–and investment of any kind in wireless infrastructure projects—was a no-brainer, as was the potential of helping a huge Japanese conglomerate gain a foothold and help oil the wheels for a trade deal between the countries following Brexit.

Not that NEC would reveal too many details. “We are aiming at a head-count of 100 in total (for the CoE) and are still in the recruiting phase.”  NEC has a similar set-up in India “and we are still deciding the balance (of workers) between the two facilities.”

She added the Centre will be responsible for product integration and project execution, while NEC may invest further in product development at its R&D centre in Leatherhead, UK.

On the back of such positive signals, the UK Government has chosen NEC as the lead partner for its NeutrORAN project, which will test and demonstrate a multiple operator, neutral-host solution using an OpenRAN ‘ecosystem’.

The Centre of Excellence will play a key role in developing the testbed, which is likely to be located in North Wales.

The NEC executive said the company “appreciates the support from the UK government.”

NEC already operates a similar project in Japan, and may link this and share information with the CoE in the UK.

The joint statement announcing NeutroRAN stressed the planned architecture will be scalable and have potential on a global scale, beyond the UK. It also notes that the project is targeting reduced costs and higher efficiencies with Open RAN, “enabling rural communities and businesses to prosper by removing the digital divides that still exist in the UK and the rest of the world.”

NEC suggests the pioneering project will see 5G Open RAN live within the UK this year.

For this to happen , it is likely that other ‘integrators’ will emerge, but NEC is clearly well positioned  to partner operators considering their timescales and deployment options.

Looking further and wider afield, NEC clearly see its know-how with Open RAN and Massive MIMO technologies as a great opportunity, and a potential way back to becoming a serious player in wireless infrastructure.

‘Back’ because, of course, up till the 3G era, it was a major supplier of hardware to operators globally, with deals with companies such as with Siemens and 3UK.

Having outlined how and why NEC has reasons to thank the Japanese operators, the company could yet face the toughest competition in its drive to offer integration experience from both Rakuten and NTT DoCoMo.

Earlier this month, for instance, the latter clearly signalled that it also wants to diversify and build on its Open RAN know-how.

The operator is at the centre of an initiative to install, operate and maintain disaggregated 5G O-RANs for other carriers on a contract basis.

NTT DoCoMo has partnered with a wide range of prominent companies involved in the technology under the banner of the “5G Open RAN Ecosystem”, with the Japanese carrier acting as systems integrator.

Those signed up to date include an important roster of chip companies, telco cloud providers, and a host of its own technology providers, including Mavenir, Intel, NVidia, Qualcomm, Red Hat, VMWare, Xilinx, Wind River and Dell, as well as its NTT Data subsidiary. Also there are Japanese groups NEC and Fujitsu.

Building on its significant R&D efforts in the field, the aim is to improve on existing vRAN technologies, with the initial focus on better flexibility and scalability, and the development of a verification platform that participating operators will be able to access remotely and assess their Open RAN options.

The company stresses that its initiative will rely on the specifications developed within the O-RAN Alliance, of which NTT DoCoMo is a founding member.

These specs are at the core of the technology and allow carriers to easily combine disaggregated equipment and systems.

NTT DoCoMo acknowledges the work of the Alliance, but stresses that many issues are only found while testing for interoperability.

Japanese upstart Rakuten Mobile is also set on a similar path to commercialize its know-how on how best and quickest to deploy and maintain an Open RAN system via its RCP (Rakuten Communications Platform) which it has developed with other partners, some of which are also in the NTT DoCoMo mix.

The company recently said it has 15 customers for the various tools already being offered within the platform.

All this seems to create a contradiction in the whole and original concept of the Open RAN —that is mixing and matching individual suppliers. Not buying off-the-shelf integrated system solutions. 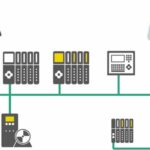