NASA has announced a conceptual mission architecture for the Mars Sample Return (MSR) program, and it’s a pleasant surprise. The goal of the proposed program is to return the rock samples that the Perseverance rover is currently collecting on the Martian surface to Earth, which, as you can imagine, is not a simple process. It’ll involve sending a sample-return lander (SRL) to Mars, getting those samples back to the lander, launching a rocket back to Mars orbit from the lander, and finally capturing that rocket with an orbiter that’ll cart the samples back to Earth.

As you might expect, the initial idea was to send a dedicated rover to go grab the sample tubes from wherever Perseverance had cached them and bring them back to the lander with the rocket, because how else are you going to go get them, right? But NASA has decided that Plan A is for Perseverance to drive the samples to the SRL itself. Plan B, if Perseverance can’t make it, is to collect the samples with two helicopters instead.

NASA’s approach here is driven by two things: First, Curiosity has been on Mars for 10 years, and is still doing great. Perseverance is essentially an improved version of Curiosity, giving NASA confidence that the newer rover will still be happily roving by the time the SRL lands. And second, the Ingenuity helicopter is also still doing awesome, which is (let’s be honest) kind of a surprise, considering that it’s a tech demo that was never designed for the kind of performance that we’ve seen. NASA now seems to believe that helicopters are a viable tool for operating on the Martian surface, and therefore should be considered as an option for Mars operations.

In the new sample-return mission concept, Perseverance will continue collecting samples as it explores the river delta in Jezero crater. It’ll collect duplicates of each sample, and once it has 10 samples (20 tubes’ worth), it’ll cache the duplicates somewhere on the surface as a sort of backup plan. From there, Percy will keep exploring and collecting samples (but not duplicates) as it climbs out of the Jezero crater, where it’ll meet the sample-return lander in mid-2030. NASA says that the SRL will be designed with pinpoint landing capability, able to touch down within 50 meters of where NASA wants it to, meaning that a rendezvous with Perseverance should be a piece of cake—or as much of a piece of cake as landing on Mars can ever be. After Perseverance drives up to the SRL, a big arm on the SRL will pluck the sample tubes out of Perseverance and load them into a rocket, and then off they go to orbit and eventually back to Earth, probably by 2033.

The scenario described above is how everything is supposed to work, but it depends entirely on Perseverance doing what it’s supposed to do. If the rover is immobilized, the SRL will still be able to land nearby, but those sample tubes will have to get back to the SRL somehow, and NASA has decided that the backup plan will be helicopters.

The two “Ingenuity class” helicopters that the SRL will deliver to Mars will be basically the same size as Ingenuity, although a little bit heavier. There are two big differences: first, each helicopter gets a little arm for grabbing sample tubes (which weigh between 100 and 150 grams each) off of the Martian surface. And second, the helicopters get small wheels at the end of each of their legs. It sounds like these wheels will be powered, and while they’re not going to offer a lot of mobility, presumably it’ll be enough so that if the helicopter lands close to a sample, it can drive itself a short distance to get within grabbing distance. Here’s how Richard Cook, the Mars sample-return program manager at JPL, says the helicopters would work:

“In the scenario where the helicopters are used [for sample retrieval], each of the helicopters would be able to operate independently. They’d fly out to the [sample] depot location from where SRL landed, land in proximity to the sample tubes, roll over to them, pick one up, then fly back in proximity to the lander, roll up to the lander, and drop [the tube] onto the ground in a spot where the [European Space Agency] sample transfer arm could pick it up and put it into the [Mars Ascent Vehicle]. Each helicopter would be doing that separately, and over the course of four or five days per tube, would bring all the sample tubes back to the lander that way.”

This assumes that Perseverance didn’t explode or roll down a hill or something, and that it would be able to drop its sample tubes on the ground for the helicopters to pick up. Worst case, if Percy completely bites it, the SRL could land near the backup sample cache in the Jezero crater and the helicopters could grab those instead.

Weirdly, the primary mission of the helicopters is as a backup to Perseverance, meaning that if the rover is healthy and able to deliver the samples to the SRL itself, the helicopters won’t have much to do. NASA says they could “observe the area around the lander,” which seems underwhelming, or take pictures of the Mars Ascent Vehicle launch, which seems awesome but not really worth sending two helicopters to Mars for. I’m assuming that this’ll get explored a little more, because it seems like a potential wasted opportunity otherwise.

We’re hoping that this announcement won’t have any impact on JPL’s concept for a much larger, much more capable Mars Science Helicopter, but this sample-return mission (rather than a new science mission) is clearly the priority right now. The most optimistic way of looking at it is that this sample-return-mission architecture is a strong vote of confidence by NASA in helicopters on Mars in general, making a flagship helicopter mission that much more likely. But we’re keeping our fingers crossed. 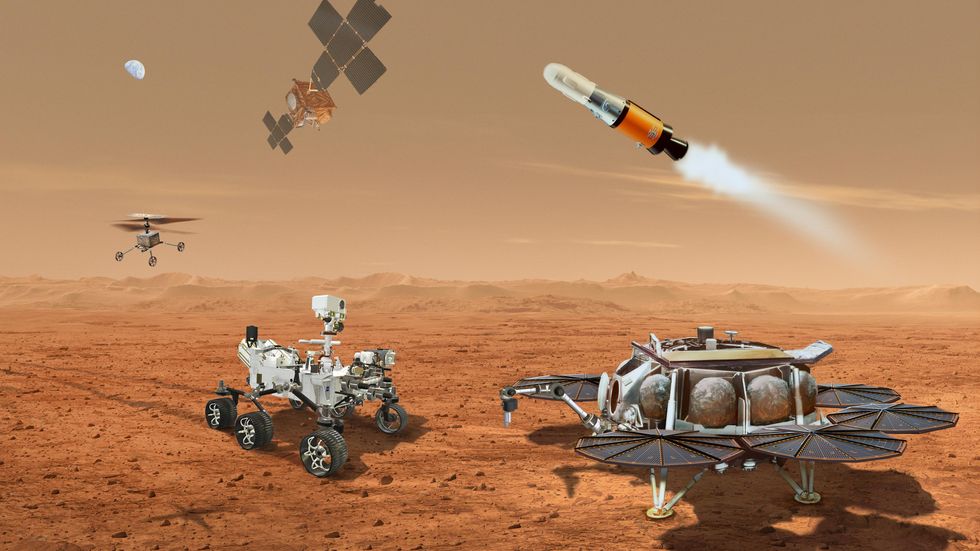 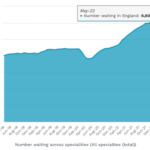