Advanced Cooling Technologies Inc. (ACT) of Lancaster, Pennsylvania, has been awarded a contract from the NASA Jet Propulsion Laboratory (JPL) for engineering development and flight hardware manufacturing of Constant Conductance Heat Pipes (CCHPs) and an embedded warm radiator panel, which will fly as part of the coronagraph instrument on the Nancy Grace Roman Space Telescope.

ACT will be the prime thermal management supplier for the Electronics Heat Transport Subsystem (EHTS); the scope of work includes design, fabrication, and qualification of several external CCHPs and an aluminum-honeycomb embedded CCHP radiator panel. All deliverables will be provided to NASA by March 2022.

As the primary thermal management solutions provider, ACT will leverage its extensive aerospace engineering and aluminum-ammonia heat pipe expertise to qualify and deliver flight article CCHPs and the embedded CCHP radiator. ACT’s ammonia CCHPs have recently exceeded 50 million on-orbit hours and have never recorded an on-orbit failure. The existing robust manufacturing and quality control will be heavily leveraged during the execution of this contract.

“We’re thrilled anytime we have the opportunity to work with NASA JPL, but there is added excitement to support a program as important as the Roman Space Telescope” said Bryan Muzyka, ACT’s sales and marketing manager. “This will give ACT and our supply chain the opportunity to innovate and be a part of a truly special project” added John Hartenstine, ACT vice president of operations.

The Roman Space Telescope is named after Nancy Grace Roman, NASA’s first chief astronomer, who paved the way for space telescopes focused on the broader universe. She advocated and developed new tools that would allow scientists to study the broader universe from space. According to NASA, the Roman Telescope will achieve some remarkable feats, including:

• The ability to investigate long-standing astronomical mysteries, such as the force behind the universe’s expansion by studying dark energy

• Capabilities to reveal thousands of worlds that are similar to planets in our solar system, by using gravitational effects called microlensing 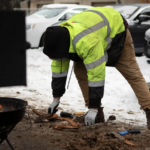