NASA Is Working With Blue Origin on a Lunar Lander

When U.S. vice president Mike Pence announced on Tuesday that American astronauts would return to the moon within five years “by any means necessary,” two companies working to transport astronauts to orbit and beyond were quick to raise their hands.

SpaceX boss Elon Musk tweeted that its new Starship rocket could meet the deadline, writing that it is “for sure worth giving it our best shot!” Lockheed Martin, which is developing the Orion spacecraft that will ride atop NASA’s massive Space Launch System, wrote, “With the right level of commitment, urgency and resources, humans could walk on the surface by 2024.”

But a third commercial space company has already been working quietly with NASA on technologies to bring American robots (if not yet humans) back to the moon. In October, NASA signed a previously unreported Space Act Agreement “for the purpose of collaboration with Blue Origin to advance medium-to-large commercial lunar surface lander systems.”

Under the agreement, Blue Origin promised to pay NASA nearly US $50,000 to “leverage the unique capabilities, expertise, and knowledge of NASA in multiple technology areas to help to optimally design and develop such capabilities for both NASA and commercial missions.” 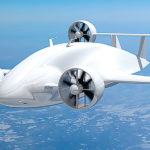 Sabrewing Plans a Cargo Drone That Can Detect and Avoid Obstacles 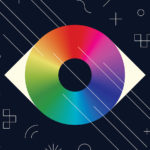