Nanowires of III-V materials grown from particles are usually a mixture of zinc blende and wurtzite structures. While the radius of a growing nanowire is known experimentally to affect the crystal structure phase, there is no universally agreed theoretical framework. Now researchers at Lund University have developed a framework that can evaluate how a single nanowire grows and enables different growth factors to be varied [Mårtensson et al., Crystal Growth & Design (2020), https://dx.doi.org/10.1021/acs.cgd.0c00575]. The Monte Carlo framework uses classical nucleation theory, condensation and diffusion rates to determine how a single nanowire develops.

“The simulation framework allows us to study the effects on the growth when changing only the value of the radius of the nanowire,” explains Jonas Johansson, who led the work. “We simulated growths with varying nanowire radii, compiled the data from each nucleation event [and] looked at which trends emerge when only changing the radius.”

The framework, which was built by Erik K. Mårtensson, allows the interplay between these different factors to be explored. It is also possible to home in on specific properties, such as seed particle composition, to see how different factors affect nucleation and growth mechanisms over time.

“Our simulation framework is designed to capture the dynamics of nanowire growth and feedback systems, which are built into the growth and could not be captured analytically,” says Mårtensson. “We initiate the simulations by choosing the starting point, meaning the growth temperature, initial composition, and, most importantly for this work, the radius of the nanowire. We then calculate the evolution of the seed particle, one small time step at the time.”

Changing the radius of the nanowire is known to change the chemical potential via the Gibbs-Thomson effect, which allows thermodynamic systems to take into consideration the effects of small particles where surface effects become dominant. The Gibbs-Thomson effect implies that reducing the radius of the seed particle for a given composition will lead to nucleation at a higher supersaturation, which favors the wurtzite structure.

“In the simulations, we can simply turn the Gibbs-Thomson effect on and off to see how the growth is impacted by the change,” points out Mårtensson.

The results of the simulations indicate that the Gibbs-Thomson effect changes the composition of the seed particles slightly, negating any resulting increase in the supersaturation. Instead, the researchers identified other factors that appear to have more relevance to the eventual crystal structure outcome.

These factors lead to two effects. Firstly, as the seed particles become smaller, there is more variation in composition, which leads to nucleation at higher supersaturations, favoring the wurtzite structure. Secondly, if one of the growth species originates from surface diffusion and the other from impingement, the V/III ratio can vary leading to changes in the composition of the seed particle. This factor can lead to a preference for either the wurtzite or zinc blende structure.

The framework uses other growth models and could easily adapt to include new nucleation models. The initial ‘growth recipe’ can be easily changed to analyse different growth scenarios. Likewise, the output of the framework is only as reliable as the models on which it is based.

“The downside of the framework is also that it relies on existing nucleation models, and requires values of material properties as inputs,” says Johansson.

Some materials properties, such as surface energies, vary by a factor of 2 in the literature. In the short-term, this means that the framework is most successful for predicting trends. In the long term, however, the researchers believe the framework has the potential to be used with experimental growth studies to produce novel structures with less trial-and-error.

“When we get to the point where we have accurate measurements of all the required material properties and tried and tested models for nucleation and mass transfer, simulations can be used before starting the experimental growth, to simulate the growth,” suggests Johansson. 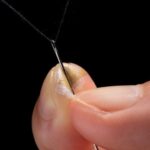