As the U.S. military’s reliance on aerial drones for surveillance and reconnaissance has increased, an interesting tactical problem has arisen: the drones’ batteries inevitably get depleted, limiting what they can be used for, or worse, rendering them incapable of completing their missions. One solution being pursued is using ground-based autonomous vehicles that can be sent out to recharge the depleted batteries of battlefield aerial drones. The U.S. Army is funding research now underway that will allow teams of small unmanned aircraft systems (sUASs) to descend to unmanned ground vehicles (UGVs) to autonomously recharge so they can resume their missions.

Part of the work includes the development of artificial intelligence/machine learning (AI/ML) algorithms to enable sUASs to find optimal route planning to autonomously return to UGVs for recharging. The adoption of AI/ML by the military has been driven by the need for autonomous control of drone routes to the UGVs, which includes extending the operational range and time on mission.

The challenge is that the sUASs with current battery technologies have about 26 minutes to conduct a flight mission and return to their home before they lose power, which would require soldiers to carry a few thousand batteries on missions, said Dr. Mike Kweon, program manager for the ARL’s Versatile Tactical Power and Propulsion Essential Research Program.

“Without solving how to handle the energy demand, all other advanced technologies using artificial intelligence and machine learning will be useless for the Army,” said Kweon. “On the battlefield, we do not have luxury to replace batteries for hundreds of UAVs and recharging them for hours.”

Researchers are currently exploring recharging options as well as developing several AI/ML algorithms to enable small drones such as quadrotors to find optimal routes as well as to monitor and improve power management.

When the battery sensor falls below the optimal level, the drone will autonomously descend and hover over a charging port on a UGV for wireless recharging.

The number of drones that can wirelessly recharge from the same UGV at the same time depends on the off-platform wireless power transfer technology  capabilities, said Kweon.

“Off-platform wireless charging means that the sUASs are charged away from the UGVs,” he explained. “The distance is also a design parameter.”

Kweon noted that the researchers are performing operational impact analysis for a number of UASs for recharging under different mission situations.

They also are considering a variety of recharging options. “In the near-term we use lithium-ion batteries modified for fast six-minute recharging,” said Kweon.

The drones will carry cameras for intelligence, surveillance, and reconnaissance (ISR) — a common mission for small drones in the U.S. Army — and for use in rescue missions. All images can be sent to the command control for situational awareness and decision-making.

As for the UGVs, they are small multi-purpose equipment transport (SMET), which “will have a propulsion system either powered by an engine or a hybrid system” along with a charging pad, explained Kweon. He noted that further details about the UGVs cannot be discussed.

The team of researchers are working on several AI/ML algorithms. The algorithm under development at the University of Illinois Chicago will primarily focus on finding the optimal (shortest) route to an UGV for recharging. The algorithm uses unsupervised learning to collect route data and to learn from it without human supervision.

Kweon’s program also is responsible for energy and power management, including autonomous recharging. Similar features of the routing algorithm will be applied to the energy/power management algorithms.

“The [energy/power management] algorithms will have multiple sub-models,” said Kweon. “The purpose of the algorithms is to monitor energy level; predict the energy/power required for the mission that takes into consideration the mission profile, environment, and other factors, and to communicate with UGVs to find optimal timing and routes to return for recharging.”

Accuracy is important for an efficient and effective mission as well as not to lose the asset, he added.

“These algorithms will be programmed and integrated into the extensive autonomy stack for autonomous operation,” Kweon said.

The ARL also is developing AI-enabled algorithms to autonomously maneuver a drone when hit by a bird and other flying objects. The drone must be able to quickly return to the original path or take an alternate route while in the air.

In addition, one of the major objectives of the Artificial Intelligence for Maneuver & Mobility Essential Research Program (AIMM ERP) at the Army Laboratory Research is to develop algorithms for UGVs to move autonomously off-road.

“Drones need to find an optimized path to get to UGVs when it needs to recharge to continue the mission. In the contested area, the paths can be complicated,” Kweon said. “The drones also need to find the most optimal path while minimizing energy use during return.”

For large drones, including the Future Tactical Unmanned Aircraft Systems, the RQ-7 Shadow UAS, and MQ-1C Gray Eagle (a medium-altitude long-endurance UAV), which have different propulsion and power requirements than for smaller drones, Army-funded research will focus on the miniaturization of fuel sensors in multi-fuel hybrid-electric propulsion systems.

“The key areas to enable multi-fuel operation include ignition, fuel delivery, and air management, which are typical elements in any engine designs,” said Kweon. “The major difference is that the requirements are quite different from the commercial and ground applications. The fundamental physics must be understood for new design, materials, sensing and control methods. At the same time, these technologies need to be advanced by collaborating with industry to accelerate technology development.”

The drones will use a multi-fuel sensor “to detect the properties of fuel that is being delivered to the engine, so that the engine can run more reliably on any type of fuel,” said Kweon.  “Unlike the commercial sector, the Army needs to use jet fuels (its key ignition properties range from gasoline to diesel fuel properties) as well as any locally available fuels in foreign countries.”

The long-term goal is to have one sensor that “can detect in real-time the critical fuel properties regardless of fuel types,” he added. 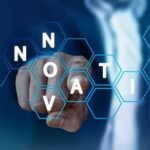 Your Chance to Drive Innovation in Medical Device Packaging