This is not for advanced nodes and may lack the glitz and glamor of the $100 billion that TSMC plans for advanced node new wafer foundries. It might also be getting a little less love since the investments are not part of the US domestic manufacturing push. Or maybe it sounded a little less than fully committed out of the gate.

Now, doubling is no mean feat for the doubler, but it needs some perspective. SK Hynix notes that all foundry and non-memory semiconductor business accounts for 2% of company revenue. This is one drop in a big bucket, but there could be some limited short term impact for specialty products.

The relative size of these operations might be discerned from a visit to the SK Hynix company’s about page where no mention of semiconductor foundry operations can be found, with the possible exception of “etc.” Reading it, one is reminded of the spinout of non-memory operations into MagnaChip back in 2004.

MagnaChip itself sold off its foundry business last year, as Brian Santo reported. The foundry operations were sold to a special purpose company with SK Hynix as a limited partner. The new pure-play foundry started operating as Key Foundry. The wafer output is particularly attractive for automotive electronics with its embedded flash BCDMOS platform. Key Foundry recently announced shipments of “automotive bound products” (the first being a toll transponder) on its Gen2 0.13 micron process. In the current tech news cycle, it never hurts to mention you are shipping automotive electronics components.

SK Hynix appears set to expand its foundry business one way or the other, but it may not build new fabs in the present corporate structure in the short or medium term. A company statement attributed to vice chairman Park Jung-ho suggested that both facilities expansion as well as mergers & acquisitions were under consideration.

Hynix appears to run cold and hot on non-memory wafer production. Now they are jumping back in. Again, the announced expansion sounds big, but it is not on the scale of the other big promises that are out there from Intel, Samsung, and TSMC.

If this is all clear as mud, then I’m not alone. My summary would be that the once spun out former Magnachip entities might find their way back under the SK Hynix umbrella. But the plans might be even less clear in light of the news that SK Telecom will split into two entities with one of them focusing on new chip investments rather than SK Hynix.

The SK Hynix announcement of intentions to expand the foundry business was connected to a larger event held hosted by Samsung.

The Korean government chose Samsung Electronics plant in Pyeongtaek, Gyeonggi Province, to announce that big won would be piled into the domestic semiconductor industry. On Thursday, Korea Times reported that President Moon Jae-in outlined the strategy that included a total commitment of 510 trillion won ($450 billion).

Undoubtedly, manufacturers of electronic systems are happy that that the list of big commitments to capacity expansion keeps growing. But fab tool vendors must be rapturous watching each announcement grow in dollar size. This $450 billion actually makes TSMC’s $100 billion look meek. Who would dared say that number looked small a week ago?

The plan is to develop the world’s largest semiconductor supply chain in Korea by 2030. The proposed spending is between now and 2030 with the commitment going into facilities as well as research and development.

The Korean government will provide two inducements. The main one is tax incentives of up to 50 percent for corporate R&D and up to 20 percent for facilities investments.

The government of Korea also committed to creation of the “K-Semiconductor Belt” in the central region connecting Icheon, Yongin and Cheongju as well as in west with Pangyo, Giheung, Hwaseong, Pyeongtaek, and Onyang.

During the Samsung portion of the presentation, Samsung Electronics vice chairman Kim Ki-nam talked about his company maintaining “its undisputed leadership position.” That’s definitely true. With SK Hynix also part of this nationalistic announcement, one wonders if the leadership statement also met the useful and kind requirements. A little soju after the event may have alleviated tensions.

Investment volume and market position aside, the event was held on Samsung turf. Its influence was never going to be downplayed. Samsung maintains a world dominance in semiconductor memory but an even larger lead over its domestic competitors when it comes to non-memory semiconductor products.

When it comes to the chip shortage, though, much has been made of the impact on car makers. Automotive manufacturers might have more interest in the components coming off SK Hynix 8 inch wafer lines. These plants are producing power electronics components on special purpose technologies like BCDMOS that the automotive world hungers for.

Samsung is very much the big brother in the Korean electronics family. The K-Semiconductor Belt is not to be underestimated, but Samsung will have a major influence on manufacturing across the globe. Samsung’s part of the announced $450 billion is $151 billion toward advanced logic manufacturing that will compete with TSMC. According to a report from Korea JoongAng Daily, Samsung did not specify amounts going to creating another fab site in Texas but expected an announcement “in the coming weeks.”

Intel made its foundry plans and investment some time ago kicking things off with an announced $20 billion for new fabs. The next bet was $100 billion from TSMC. The total from Samsung now stands at $150 billion.

The stakes are already high. I don’t see how this could continue, but will there be another round in this game of upping the ante? President Moon will meet US President Biden for the first time only a week after the K-Semiconductor Belt announcement. Stay tuned. 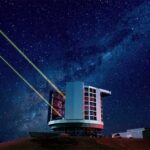