First released in 2005, the Arduino microcontroller turbocharged the maker movement. While more advanced boards have joined the Arduino line since, the
basic Uno microcontroller remains popular. Inexpensive, simple to program, and robust enough for beginners while still having enough capacity to do interesting things for more advanced users, it forms the basis of countless projects. Now one of Arduino’s original creators, Gianluca Martino, has developed a new IoT-focused module that is designed as a drop-in replacement for the Uno’s standard ATMega328P processor. Dubbed the Jolly, it integrates an ESP8285 Wi-Fi adapter and ATMega328PB in the same footprint as the original processor, while retaining complete backward software and hardware compatibility. Martino is launching a Kickstarter campaign today to bring it to market. IEEE Spectrum spoke to Martino about what the new module bring to the world of Arduino.

What was the motivation behind creating the Jolly?

Gianluca Martino: After I exited the Arduino [company], I was doing some consultancies for old friends. And something that people kept asking me was to have simple way to combine Arduino and the Internet of Things.

There are add-on “shields” already available that let people add Wi-Fi capabilities to Uno boards. What’s special about the Jolly?

Martino: This frees up the connectors a shield would use, and it saves space. It’s a more integrated solution. It will allow you to use other shields without consuming the I/O and the other pins a shield would need, because the Jolly has all the communications between the ESP device and the processor be internal [using SPI and UART interfaces]. The ATMega variant we chose has four extra pins we use for that.

Can the ESP processor be programmed independently?

Martino: Yes, you can download your own boot [firmware]. As the Arduino ecosystem is for beginners and intermediate makers, we provide a restart from the beginning function if you make something that locks it up. The ESP chip is something for the advanced user, but there is documentation, there is firmware.

The ESP has 2 megabytes of flash memory. Is that accessible from the ATMega side?

Martino: In the basic version, no. We will think to make it transparent for some users, but we are trying to keep the two subsystems separate. An Arduino Uno is often for someone that needs something quick and dirty…so we have to make it simple and not to make it super advanced with super features that will require a lot of maintenance.

With an integrated design that has to squeeze everything into the same footprint as the original ATMega processor, how did you approach designing the Jolly’s radio antenna?

Martino: We had to find a compromise, because the position is not the best. Maybe in the future, we will add a connector to use an external antenna. But we have to remember this is not something for an industrial application. As usual, as we have in the past, if there is a customer that need a special application customization, we will evaluate the possibility.

Simplicity is not always easy with IoT projects. It can get complicated very quickly if you have to start registering for online services and so on. How are you making it easy for someone who wants to, say, blink an LED, but control it remotely?

Martino: We would like to develop equivalent Arduino functions to make things transparent once connected, either peer to peer or over IP. We would like to hear from the community what they need.

We’re in the middle of a global semiconductor shortage. How has that affected the launch of the Jolly?

Martino: We were lucky that we started this project some time ago, and so we have in stock some parts. We are ready at least for the first 1,000 pieces to go on the market quickly…. Clearly, we are living in a period of shortage…. The extra cost is something we will initially absorb because we don’t want to transfer this to the customer. We know that we are approaching people [with the pitch] that it is an upgrade, and a small piece of extra hardware is not to be more expensive than the base hardware. 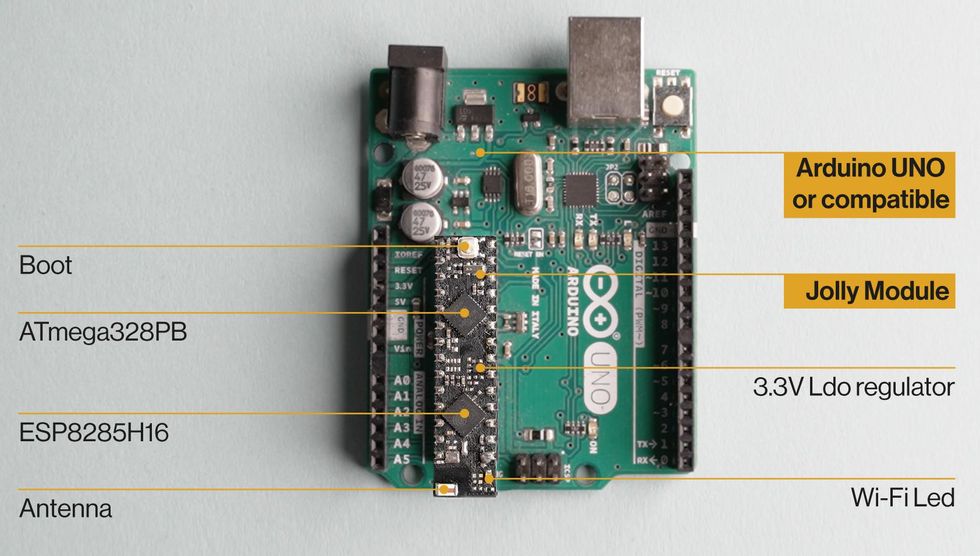 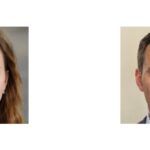 Deepfakes are being used to push anti-Ukraine disinformation 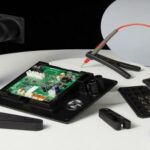