Although massive manufacturers dominate the global train construction industry, startups are breaking into the railroad business by providing IoT sensors and tracking mechanisms that can be installed on railcars and the rails on which they ride.

Large railroad companies like Union Pacific Railroad and Canadian National Railway in North America, as well as Deutsche Bahn and SNCF in Europe, control the railroad scene. And giants like Siemens and Alstom are the prominent players in railway supply.

The timescales these companies work under are lengthy, even compared with those of cable and mobile network operators. As we reported in June (FMRCS: Get Aboard the 5G Train), the 2G standard (GSM-R) is still current in rail systems in parts of Europe, China, India, and Australia, as well as countries in Africa like Algeria and South Africa. It will remain that way until at least 2030.

So what’s a startup to do?

EE Times spoke to two rail IoT startups on opposite sides of the Atlantic to get some viewpoints: Byron Porter, CEO of a St. Louis–based startup called Hum Industrial, and Borislava Söllner, the marketing team lead at Munich-based Konux.

Hum Industrial recently introduced a way to more accurately measure the weight of a freight railcar. Porter told EE Times that the company’s new Atlas Adapter, a railcar-bearing appliance, is designed to replace a rail scale, the physical gauge that is typically installed in the ground at a freight-loading site.

Rail scales “can cost anywhere from $50,000 to $150,000 just for the scale itself,” meaning before any concrete and construction costs are incurred, he said. “Your facility may not even have a footprint to put one in.”

Hum embedded strain gauges in the railcar through eight contact points and used that “to get a scale-degree accuracy,” Porter said, noting that the company is focused on markets in Australia, Brazil, and North America. “It acts as a live scale on the railcar: As soon as it senses a change in load, it starts reporting frequently until the load settles.”

This on-board feature should prevent cargo haulers from accidentally overloading the car, which can mean they have to dump cargo. “If you overload a railcar, a railroad will charge you for it,” Porter said.

Conversely, it will stop loaders from flying blind and underloading railcars because they can’t get an accurate measurement of how much the boxcar weighs. The Atlas Adapter can measure the weight of a fully loaded railcar to within just under or over a ton, he said.

Hum is set to begin real-world testing of the adapter this winter, with a full commercial release scheduled for the first quarter of 2023.

The firm will dedicate the next few years to getting the new adapters installed in freight railcars, Porter said.

“We focus on AAR-style bogies, which are found in Australia, Brazil, and North America,” Porter said, referring to a method of wheel arrangement that is used on diesel and electric locomotives in those regions. Although he has looked at Europe, he said he doubts Hum will be able to move into that market in the foreseeable future — because of the differing size of international rail gauges.

Konux’s is focused on Asia and Europe for its IoT products, Söllner said, noting that the firm has raised $130.6 million in venture funding since it opened in 2014.

The Konux system continuously monitors the health of key switch components, allowing managers to predict the condition of the switches over time.

“Especially in Europe, there is no place where you can start building new lines,” Söllner said. Railroad operators will need to make full use of their existing operations to have trains run more efficiently.

The European train system is already overcrowded. So any mistake made on the rails has a big impact, Söllner said, noting that demand for train services in Europe is expected to double by 2050.

She said Konux’s IIoT sensors are installed directly onto the sleepers (the rectangular ties on which rails are supported), and when a train goes over them, they wake up. They measure the acceleration of the train and the movement of the sleeper.

“They send that information to the cloud, where we’re able to do a lot of different analyses with the data and … provide insights to our customers around the health condition of different components,” Söllner said. This way, rail operators can gain insight into the health of the track bed around a sleeper, as well as whether maintenance is needed, she added.

Despite both startups’ enthusiasm for IoT on trains, neither company is big on the 5G standard.

“Our lead hardware engineer might have a different opinion, but I really don’t see 5G start to happen in the freight rail industry for a good seven to 10 years,” Porter said. “[It’s] not even really talked about.”

“I don’t know exactly what the plans are, but it’s not something we’ve discussed in the short term,” Söllner said. “Right now, we are not experiencing problems with the GSM network,” which the company uses in its markets.

Europe is supposed to leap over 3G and 4G cellular standards with the introduction of the 5G Future Railway Mobile Communication System (FRMCS) in 2025. This will replace the old GSM-Rail system by 2030.

FRMCS is a “European-only” standard, Porter noted, adding, “Europe is good about putting out flashy initiatives, but having spent some time there earlier this year, the general consensus is that they often fail to deliver.”

In places where power is not an issue, 5G can be used to deliver higher-volume data rates to enable technologies like autonomous trains and railyards, Porter said. “Autonomous trains already run in Western Australia and have for five-plus years.”

Porter noted that autonomous trains will not run in North America until 2040 at the earliest, due to unions, regulations, and the complexities of deploying the network. 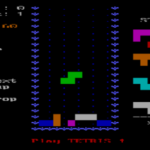 Need to Stretch Your Mind? Check Out These Puzzle Games 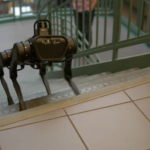