Investment in US shale gas rises to record levels

anonymous in Engineering, Engineering News, Environment
Interest in US shale gas reserves has prompted a flurry of mergers and acquisitions. Sean Ottewell reports.

Independent energy research firm Wood Mackenzie’s latest corporate analysis highlights that upstream merger and acquisition (M&A) expenditure in US shale gas totalled US$21b (EUR16b) during the first half of 2010. This is equivalent to one third of global upstream M&A spend during the same period. The company says that key indicators suggest that this level of activity is set to continue over the next couple of years, too.

Luke Parker, manager of Wood Mackenzie’s M&A research service, underlines the magnitude of the market: “Through the first half of this year alone, in excess of 35 trillion cubic feet (tcf) of shale gas resource changed hands at an average cost of US$0.60 (EUR0.45) per million cubic feet of gas equivalent (mcfe). This expenditure is equal to the total US shale gas M&A expenditure for the 2008 and 2009 combined.

“M&A activity in US shale gas has evolved with its emergence, play-by-play, as a world scale source of secure, long-term gas supply. The key factor driving this has been the continued evolution and application of new technologies to unlock enormous volumes that were previously considered uncommercial.”

The result is lowered development breakeven costs to a level at which the cost of shale gas is highly competitive with other domestic sources of supply – conventional and unconventional – and LNG imports.

Operators have made, and continue to make, notable advances and unit costs have fallen in spite of increasingly complex and specialised well design.

Parker goes on to highlight the impact of this structural change: “In a wider upstream oil and gas sector characterised by dwindling opportunities and increasing risks, the emergence of such an attractive resource – competitive with other global opportunities by every measure – has been a game changer.”

So has the flurry of activity peaked yet? Parker doesn’t think so: “The ingredients required for continued high levels of M&A activity in US shale gas remain in place. The drivers that make shale gas so attractive – world scale resource, robust economics, access opportunities and limited above-ground risk – are as strong as ever.”

Proving this point, Statoil has strengthened and diversified its US onshore portfolio by entering into agreements with Enduring Resources and Talisman Energy to acquire 67000acres in the Eagle Ford shale formation in Southwest Texas.

“The magnitude of the shale resources in North America and the significant role these resources are expected to play in the future energy mix make this an attractive opportunity,” says John Knight, senior vice president, business development and global unconventional gas.

“This Eagle Ford position complements Statoil’s existing US onshore portfolio, supplying a different range of hydrocarbons to different markets, and it also has a clear path towards operatorship. We now have a long-term flexible portfolio with significant optionality and growth potential from the top shale plays,” he added.

The two transactions amount to a total consideration for Statoil of US$843m (EUR640m) and will deliver recoverable Statoil resources of approximately 550 million barrels of oil equivalent (Fig.1). In addition, the companies have an option to jointly acquire up to 22000 net acres.

Initially, Talisman will take the lead as operator for the total acreage with Statoil taking over the operatorship of 50 per cent of the acreage within three years. Governance in the joint venture will be shared equally between the two partners from the start.

“We are pleased to enter into this joint venture with Talisman, an experienced operator in several North American shale plays. We look forward to working together with them in developing and producing these assets in a safe and efficient manner,” says John Knight.

Enduring operates 90 per cent of its leases and this acreage is located in an attractive, liquids-rich area of the Eagle Ford play. Statoil expects that a significant proportion of the revenue from Statoil’s Eagle Ford acreage will come from gas liquids and condensate which are competitively located to be sold into the petrochemical and refinery centres in Texas.

In another new move, Chevron and Atlas Energy have announced that Chevron is to acquire Atlas Energy for cash of US$3.2b (EUR2.4b) and assumed pro forma net debt of approximately US$1.1b (EUR850m). The acquisition will provide Chevron with a natural gas resource position primarily located in southwestern Pennsylvania’s Marcellus Shale. The acquisition is subject to certain Atlas Energy restructuring transactions, approval by Atlas Energy shareholders and regulatory clearance.

“This acquisition is the right opportunity for Chevron,” said company vice chairman George L Kirkland. “We are acquiring a company that has one of the premier acreage positions in the prolific Marcellus. The high quality resource, competitive cost structure in the Marcellus, strong growth potential of the asset base and its proximity to premier natural gas markets make this targeted acquisition a compelling investment for Chevron.”

The assets in the Appalachian basin consist of 486000 net acres of Marcellus Shale; 623000 net acres of Utica Shale; and a 49 per cent interest in Laurel Mountain Midstream a joint venture which owns over 1000miles of intrastate and natural gas gathering lines servicing the Marcellus. Assets in Michigan include Antrim producing assets and 100000 net acres of Collingwood/Utica Shale.

In April 2010, Atlas Energy entered a joint venture to develop its Marcellus assets with a wholly owned affiliate of Reliance Industries. Under the agreement, Chevron will assume Atlas Energy’s role as operator with 60 per cent participation in the Marcellus joint venture, under the original agreement terms between Atlas Energy and Reliance. Reliance will continue to fund 75 per cent of the operator’s drilling costs, up to US$1.4b (EUR1b).

The magnitude of US shale

How will the US shale gas market develop now? According to Luke Parker, manager of independent energy research firm Wood Mackenzie’s M&A research service: “There’s scope for intra-play and sector wide consolidation, facilitated by mounting pressures on existing players to evaluate and restructure their portfolios as priorities evolve. Key among the various pressures that will influence the market, at least in the near-term, is the continued disconnect between oil and gas prices and a depressed Henry Hub futures market.”

Therefore Wood Mackenzie suggests that gas weighted independents with a weak balance sheet and/or hedging position are beginning to look increasingly vulnerable to larger players. In fact, the company’s latest report (above) suggests that shale gas offers a good fit for the large caps and majors, playing to their technical capability, financial strength and long-term view, all of which are pre-requisites for those looking to build a material position. Hence this peer group will continue to dominate the large scale deal activity.

Robert Clarke, unconventional gas research manager for Wood Mackenzie adds, “The magnitude of the US Shale gas resource is extraordinary. We estimate the total resource potential of the 22 shale plays we currently analyse is approximately 650 trillion cubic feet of gas equivalent (tcfe): equivalent to a resource life of 32 years based on total US gas production in 2009. Shale gas production is set to increase from 17 per cent in 2010 to 35 per cent in 2020 of total US gas supply 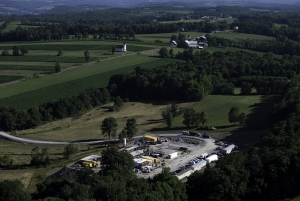 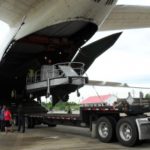