Fraser developed the Datakit, the first virtual circuit network switch, while working at AT&T Labs in Florham Park, N.J. The telecommunications technology is used by all major U.S. telephone companies.

He invented other pioneering technologies as well, including the file system for the Titan supercomputer (prototype of Atlas 2), cell-based networks (precursor to asynchronous transfer mode), and the Euphony processor, which was one of the first system-on-a-chip microprocessors.

He began his career at Ferranti, an electrical engineering and equipment company in Manchester, England. He left there in 1966 to join the University of Cambridge as an assistant director of research. After three years, he moved to the United States to work for AT&T Bell Labs in Holmdel, N.J. While there, he helped develop the Moving Picture Experts Group Advanced Audio Coder, which compresses music signals. First used in Apple’s iTunes program, it now can be found in all smartphones.

Fraser held several leadership positions at the company during his 30 years there. He became director of the Computing Science Research Center in 1982 and five years later was promoted to executive director. In 1994 he became associate vice president for the company’s information science research department. In 1996 he helped establish AT&T Labs in Florham Park. It is the company’s research and development division, of which he was vice president for two years.

He decided to focus more on research and left his position as vice president. AT&T named him chief scientist, and in that position he worked on developing architecture and protocols for a large-scale Internet so that customers could connect to it from their homes.

In 2002 Fraser retired and founded Fraser Research, in Princeton, N.J., where he continued his networking work.

He earned his bachelor’s degree in aeronautical engineering in 1958 from the University of Bristol, in England. He went on to receive a Ph.D. in computing science in 1969 from Cambridge.

He served as editor of IEEE Electron Device Letters and editor in chief of the Journal of Semiconductor Technology and Science.

From 1990 to 1993, he worked at AT&T Bell Labs in Murray Hill, N.J., before joining Texas Instruments in Dallas. After one year, he left the company and joined Seoul National University as an assistant professor of electrical and computer engineering. He worked at the university at the time of his death.

His research interests included the design and fabrication of neuromorphic devices and circuits, flash memories, and silicon quantum devices.

Park authored or coauthored more than 1,200 research papers. He was granted 107 patents in Korea and 46 U.S. patents.

He received bachelor’s and master’s degrees in electronics engineering from Seoul National University in 1982 and 1984, respectively, and a Ph.D. in EE in 1990 from Stanford.

Hepburn was a strong proponent of preuniversity education and enjoyed helping shape the next generation of engineers. He was involved with IEEE Canada’s Teacher-in-Service Program, an initiative that aims to improve elementary and secondary school technical education by offering teachers lesson plans and training workshops. He served as vice chair of the program’s committee. He was honored for his contributions with the 2017 IEEE Canada Presidents’ Make-a-Difference Award.

He was an active volunteer for TryEngineering, a website that provides teachers, parents, and students with engineering resources. These include hands-on classroom activities, lesson plans, and information about engineering careers and university programs. He wrote six lessons, which cover transformers, AC and DC motors, magnetism, binary basics, and solar power.

While a student at Staffordshire University, in England, he was an intern at electrical equipment manufacturer English Electric in Stafford. Five years after graduating in 1952, he joined utility company Hydro-Québec in Montreal as a systems design engineer. In 1965 he went to work for consulting firm Acres International in Montreal. His first assignment there was with the design and construction team for the Churchill Falls underground hydroelectric power station, in Labrador, Nfld.

In 1969 he was tasked with helping to build transmission lines in Bangladesh that connected the country’s eastern and western electrical grids. He and his family lived there for two years.

After that, Hepburn continued to work on international projects in countries including Indonesia, Nepal, and Pakistan.

Following his retirement in 1994, he worked as a consultant for organizations including the World Bank and the Canadian International Development Agency. He also volunteered for the Canadian Executive Service Organization, a nonprofit that provides underserved communities worldwide with mentorship, coaching, and training in sectors such as alternative energy, forestry, and manufacturing. He volunteered on projects in Guatemala and Honduras.

Zahn was a professor of electrical engineering for 50 years. He taught at the University of Florida in Gainesville in 1970 and worked there for 10 years before joining MIT, where he spent the remainder of his career.

He researched how electromagnetic fields interact with materials, and he developed a method for magnetically separating oil and water, as well as a system that detects buried dielectric, magnetic, and conducting devices such as land mines.

He was director of MIT’s 6-A program, which provides undergraduate students with mentoring and internship opportunities.

Zahn, who was granted more than 20 U.S. patents, worked as a consultant for Dow, Ford, Texas Instruments, and other companies

He received bachelor’s, master’s, and doctoral degrees in engineering from MIT. 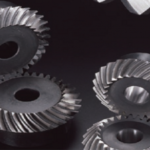 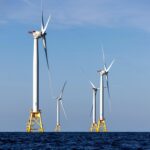