2021 may symbolize major changes in the tech industry as two leading tech companies announced the transition to new CEO’s in just the first two weeks of the year.

Last week, Qualcomm announced that Qualcomm President Cristiano Amon would succeed Steve Mollenkopf as CEO at the end of June in what appears to be a well-planned transition.

Today, Intel announced that CEO Bob Swan would be stepping down, to be replaced by VMware CEO and former Intel CTO Pat Gelsinger. The transition appears to have been forced by the Intel Board of Directors. Despite this abrupt appointment (unlikely this was part of Intel’s official CEO succession plan), Tirias Research views this as a positive move for Intel and Gelsinger.

Despite the disparities in backgrounds, there are advantages to both, depending on the circumstances as Intel’s history proves. Grove and Barrett powered Intel through the early days of the PC and some tough periods to become the world’s leading semiconductor company. Otellini led Intel at a time when they were falling behind by refocusing the company on its core competencies and returning Intel to its competitive leadership position. Since then, there have been a few ups and downs. Krzanich’s tenure saw several failed attempts by Intel to enter new markets and even see some slip away and was marred by an affair with an employee that resulted in the transition to Swan.

Unfortunately, Intel has struggled to maintain its manufacturing edge and has faced a resurgent AMD that is rapidly gaining market share in PCs and servers. However, Intel is in the midst of a flurry of new products and technology introductions that have been in development for the past few years. They include heterogeneous processors for PCs, discrete graphics, and AI processors to name a few. In addition, the company is finally ramping its 10nm technology, which is competitive in many respects to the 7nm processes by rival foundries Samsung and Taiwan Semiconductor Manufacturing Company. So, the timing seems a bit amiss.

This latest transition brings back an ex-employee with 30 years of experience who served as Intel’s former CTO under Barrett and part of Otellini’s tenure. Under Barrett, Intel had forays into many new technologies and markets. As with any venture into new markets and technologies, some were successful, but most were not. And yet, as with every leading tech company, Intel must keep pushing the boundaries if it expects to maintain a long-term competitive edge.

In addition, Gelsinger built the Intel Developer Forum (IDF), Intel’s former developer conference, into one of the industry’s premier events. Meanwhile he became the best spokesperson for the company. Not only is Gelsinger an excellent public speaker, he is also one of the few in the industry with a clear vision for the future of technology and the industry, and willing to communicate it publicly.

Speaking from my knowledge of Gelsinger, he has the heart of a technologist. He’s excited about the possibilities with each new generation of products and technologies.

Unfortunately, Intel, as with most large corporations, goes through political shifts every time there is a change in the upper management. When it became clear that Gelsinger would not become the next Intel CEO in 2009, he left to join EMC and eventually become the CEO of VMWare. From a TIRIAS Research perspective, this was a huge loss of a technical and industry leader to Intel.

The Intel that Gelsinger is returning to has a much different appearance than the one he left, especially in the upper management ranks. In addition, the company is facing the stiffest challenge ever in its manufacturing and traditional x86 processors, two of Intel’s core competencies. The company is also having mixed success with some of its most recent acquisitions and ventures into new markets.

Further, Gelsinger also enters at a major inflection point for the industry as AI proliferates into every aspect of technology and the combination of sensors, connectivity, and processing play equal roles in importance going forward.

As an experienced CEO, Gelsinger is well suited for realigning Intel strategy and improving execution. As an engineer and technologist, Gelsinger’s background and his experience makes him well suited for refocusing the company on the technologies required to continue the company’s leadership. His contacts and industry recognition will also aid him in garnering support from partners as well as hiring key talent. And with the company’s strong financial position and continued market success, Gelsinger has time and arsenal to work with as he drafts a new strategy for Intel.

While this and the previous CEO transitions for Intel were less than optimal and Swan appeared to be making headway with turning Intel, this transition is a positive move for the company. We anticipate that Gelsinger will put his vision in place quickly and we will see a different Intel by 2022. However, this might not include some of the suggested changes by some key investors, like spinning off the manufacturing group. 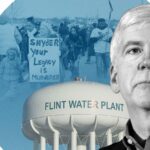