Synthetic resins are increasingly gaining a foothold in safety-critical applications such as electric vehicle protection. Matthias Steiner and Christian Stöveken take up the story

EV fires are, thankfully, rare but should an accident occur and a cell short circuit, the possibility is there. The flammable nature of the lithium electrolyte means that EV makers routinely fit robust aluminium or steel battery covers which are reinforced with fire-resistant material. This is great from a safety perspective but complex assembly procedures and the weight of the metal in service means that manufacturers are constantly on the look out for lighter, cheaper alternatives that offer an equivalent level of protection.

Fortunately, credible alternative materials are now emerging. Von Roll Automotive from Augsburg, Germany, for instance, has been working on a hybrid sheet moulding compound (SMC) that offers the required properties of electrical and thermal insulation, along with a high mechanical strength.

The SMC used is a mixture of synthetic resin and glass fibres that are pressed into moulded parts. The exact formulation can be customised in a variety of ways, for example, to achieve specific thermal properties. It can be pressed into the desired shape and cured under heat. The trick is that, during the manufacturing process, the resin becomes so liquid that it is distributed homogeneously in the mould. The fibres move with it, which gives the component the same high strength throughout as a steel or aluminium component, while offering greater design freedom.

The big step forward is the integrated fire-protection elements made from mica. Not only are mica composites non-combustible, they also have very low thermal conductivity and high thermal stability, even at temperatures above 1,000°C, making them ideal for fire-protection applications of all kinds. The company has been working in the mica field for over a century and now sources raw material from its own mines.

The SMC holds the fire-protection elements in place without additional positive fixings. The protective elements in this case are Von Roll’s Shield T18 and T28 products, which consist of 90% mica and 10% temperature-resistant resin. The entire battery cover is made in a single step, which significantly shortens the manufacturing process. The SMC takes on the specified shape within seconds and cures in this shape. After cooling, the part is removed and trimmed and is then ready is for installation. This method saves time, costs and also reduces weight, as no additional fastening materials are required. Automotive manufacturers can therefore obtain the entire battery cover ready-made from a single source, instead of assembling it from parts from several suppliers.

Von Roll has already successfully demonstrated this process. Although the initial prototypes took a fair amount of manual work, the process is now fully automated and efficient. Robots insert the mica moulded parts, cut the SMC mats and place them in the mould. The complete production of a part is significantly more efficient than with a battery cover made from steel or aluminium that subsequently needs to be fitted with burn-through protection.

Tests in the prototype manufacturing phase have shown that the solution is perfectly suited for series production mode.

Von Roll engineers devised a combined vibration and climate change test, where the component was subjected to alternating vibration frequencies on the test bench and excited in accordance with the test instructions. The procedure was coordinated with an OEM partner. In addition to the vibrations, the battery cover was also subjected to temperature fluctuations in the battery between 85°C and a frosty -40°C, as well as high humidity. After the tests, no impairment or changes to the component were measurable and the two materials still held firmly intact.

The most important feature is, of course, fire protection. In this respect, too, the prototype performed impressively. The target set by the developers was that the fire barrier must last for at least 15 minutes – an ambitious standard that well exceeds the requirements and fire-protection limits of current solutions.

In an internally developed fire test, in which a flame with a temperature of over 1,000°C is placed under the battery cover in combination with a stream of abrasive particles, the material performed very effectively. The mica inserts also performed well without burn-through in abrasion tests with 120Ah NMC cells.

The mica products are extremely resistant to the particle stream generated in the sort of thermal event that could occur in the battery cells used in electric vehicles.

“Upcoming regulations on fire-protection requirements in the electromobility sector pose a challenge. Our development team has tackled these requirements at an early stage and developed reliable solutions. We are now in a prime position to bring the concept to series production as a development partner with an automotive customer,” concludes Jens Lange, Managing Director at Von Roll Automotive.

Matthias Steiner is a Development Engineer and Christian Stöveken is Head of Innovation at Von Roll Automotive. 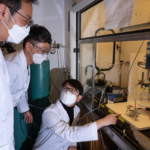 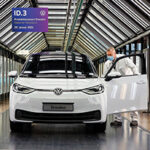 Fast Connectivity With 5G In The Factory