The Indonesian National Transportation Safety Committee this week released its preliminary report [PDF] into the crash on 29 October of Lion Air flight JT610 near Jakarta. The crash involved Boeing’s new 737 MAX 8 aircraft and claimed the lives of 187 passengers and crew. The report sheds some light into the rash of maintenance problems with the aircraft in the days leading up to the crash, but doesn’t provide any probable cause of the crash itself. The Safety Committee stated that it is “too early” to identify a cause. 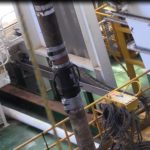