In the Race to Hundreds of Qubits, Photons May Have “Quantum Advantage”

Quantum computers based on photons may have some advantages over  electron-based machines, including operating at room temperature and not temperatures colder than that of deep space. Now, say scientists at quantum computing startup Xanadu, add one more advantage to the photon side of the ledger. Their photonic quantum computer, they say, could scale up to rival or even beat the fastest classical supercomputers—at least at some tasks.

Whereas conventional computers switch transistors either on or off to symbolize data as ones and zeroes, quantum computers use quantum bits or “qubits” that, because of the bizarre nature of quantum physics, can exist in a state known as superposition where they can act as both 1 and 0. This essentially lets each qubit perform multiple calculations at once.

The more qubits are quantum-mechanically connected entangled together, the more calculations they can simultaneously perform. A quantum computer with enough qubits could in theory achieve a “quantum advantage” enabling it to grapple with problems no classical computer could ever solve. For instance, a quantum computer with 300 mutually-entangled qubits could theoretically perform more calculations in an instant than there are atoms in the visible universe. 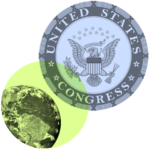 The First 100 – Prospects for a CLEAN Future 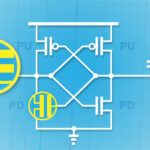