In the 17th Century, Leibniz Dreamed of a Machine That Could Calculate Ideas

This is part two of a six-part series on the history of natural language processing.

In 1666, the German polymath Gottfried Wilhelm Leibniz published an enigmatic dissertation entitled On the Combinatorial Art. Only 20 years old but already an ambitious thinker, Leibniz outlined a theory for automating knowledge production via the rule-based combination of symbols.

The idea came to Leibniz through his study of Ramon Llull, a 13th century Majorcan mystic who devoted himself to devising a system of theological reasoning that would prove the “universal truth” of Christianity to non-believers.

Llull himself was inspired by Jewish Kabbalists’ letter combinatorics (see part one of this series), which they used to produce generative texts that supposedly revealed prophetic wisdom. Taking the idea a step further, Llull invented what he called a volvelle, a circular paper mechanism with increasingly small concentric circles on which were written symbols representing the attributes of God. Llull believed that by spinning the volvelle in various ways, bringing the symbols into novel combinations with one another, he could reveal all the aspects of his deity.

Leibniz was much impressed by Llull’s paper machine, and he embarked on a project to create his own method of idea generation through symbolic combination. He wanted to use his machine not for theological debate, but for philosophical reasoning. He proposed that such a system would require three things: an “alphabet of human thoughts”; a list of logical rules for their valid combination and re-combination; and a mechanism that could carry out the logical operations on the symbols quickly and accurately—a fully mechanized update of Llull’s paper volvelle.

He imagined that this machine, which he called “the great instrument of reason,” would be able to answer all questions and resolve all intellectual debate. “When there are disputes among persons,” he wrote, “we can simply say, ‘Let us calculate,’ and without further ado, see who is right.” 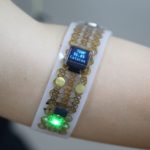 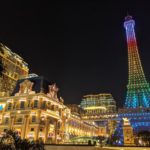