In Brazil’s presidential election, the fate of the Amazon is at stake

Brazilian voters head to the polls this weekend to pick their next head of state, with a choice between right-wing incumbent President Jair Bolsonaro and Luiz Inácio Lula da Silva, or Lula, a former union leader from the country’s left-wing Workers’ Party and past president of Brazil.

After a tumultuous first term, Bolsonaro, commonly referred to in the media as the “Trump of the tropics,” faces an uphill battle for reelection — with major implications for the Amazon rainforest and climate policy worldwide.

According to recent polling from the group IPEC, Lula has been picking up steam in the final days of the campaign, solidifying a significant lead. Some 48 percent of polled voters said they currently support Lula; just 31 percent back Bolsonaro. If no candidate receives more than 50 percent of the vote on October 2, the election goes to a runoff on October 30. IPEC’s polling indicates that if the election were to take place today, Lula would likely receive 52 percent of the valid vote — after deducting null ballots — which points to a possible first-round victory.

Elected in 2018, Bolsonaro ran on a platform of pro-extraction, anti-Indigenous initiatives. Since taking office, he has stopped all Indigenous land titling, promoted land grabbing, and encouraged the opening of lands to mining, drilling, and agribusiness. He also appointed anti-environmentalist staff to regulatory agencies across the federal government and prevented enforcement of environmental policy.

“What Bolsonaro did was completely dismantle Brazilian environmental protections and rendered the environmental ministry all but useless,” said Claudio Angelo, head of climate policy and communications at Observatório do Clima, a group of 77 organizations that do research and advocacy around climate change in Brazil.

Deforestation rates in the Brazilian Amazon have gone up during Bolsonaro’s time in office, jumping 73 percent above 2018 levels by 2021 — a trend expected to continue, if not escalate, again this year. Between 2010 and 2021, illegal mining increased on Indigenous lands by 632 percent, with the most drastic increases occurring under Bolsonaro’s watch.

This environmental legacy, combined with high inflation rates and unemployment, soaring fuel prices, and the country’s widely criticized response to the COVID-19 pandemic, left Bolsonaro vulnerable to losing his reelection.

Lula was the president of Brazil for two terms between 2003 and 2010, and is generally viewed as having a better track record on environmental issues, though not without some flaws.

During his tenure, government agencies coordinated to reduce deforestation in Brazil by over 70 percent. Under Lula, the country also advocated for climate mitigation and adaptation funding from wealthy members of the United Nations, and secured international funding for Amazon conservation efforts. He was imprisoned for corruption charges in 2018, but in March of last year, the country’s Supreme Court annulled the convictions against him, ruling that the court that convicted him did not have jurisdiction to try him, thus restoring his political right to run for office.

In his current campaign, the former president has spoken out against the destruction of the Amazon, promising to put an end to illegal mining and fight organized networks driving deforestation. But he will face challenges — many ranchers, farming companies, loggers, miners, and land speculators have been emboldened by Bolsonaro’s rhetoric and policies. Plus, Angelo adds, in contrast to his first tenure, they are now heavily armed as Bolsonaro has relaxed gun control laws.

“I think that Lula is very cautious to understand that this is a huge challenge and is completely different than it was in the past,” Izabella Teixeira, Lula’s campaign adviser on environmental issues and Brazil’s former environment minister, told New Scientist.

While Lula has voiced support for the transition to clean energy, he has also said he would expand oil production, particularly of the “pre-salt,” a reserve of petroleum off the coast of Brazil. While Brazil gets most of its electricity from hydropower, it is also Latin America’s top producer of oil.

During his presidency, environmentalists criticized Lula and his successor, Dilma Roussef, also of the Workers’ Party, for building the Belo Monte hydroelectric dam, which displaced and impacted water flows for the Juruna tribe and several other Indigenous communities that had lived in the region for generations. More recently, activists decried Lula’s support for reconstructing the BR-319 highway through the Amazon. Two weeks ago, the former president’s environment minister, Marina Silva, who resigned in 2008 over objections to hydroelectric dam permitting, endorsed his candidacy after he agreed to implement a list of environmental policies that she proposed.

“Lula in 2022 is a different animal,” said Angelo. “He understands that Brazil’s international credibility relies on being a leader in the climate arena. And with Marina Silva’s proposals, we can now say that he is the candidate with the most advanced environmental package.”

As the country heads into election weekend, and threats against female, Indigenous, and Afro-Brazilian candidates intensify, many residents and policy experts have expressed concerns that Bolsonaro and his supporters might refuse to accept electoral defeat.

“Bolsonaro represents the continuation of authoritarianism and of people who think like him, that share a love of the military dictatorship and were not happy with democratization,”  Lilia Schwarcz, a senior lecturer of anthropology at the University of São Paulo, told the Washington Post. “Now they are emboldened to express these views.”

This story was originally published by Grist with the headline In Brazil’s presidential election, the fate of the Amazon is at stake on Sep 28, 2022. 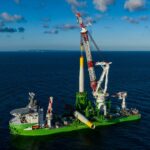