How to Protect Pilots From Laser Pointer Attacks

Laser pointer pens, easily bought for US $10, can be a hazard in the wrong hands. Aiming a laser pointer at airplanes, a federal crime in the United States, is a growing problem worldwide. The focused beam from a 5-milliwatt laser might produce a tiny green dot to highlight your presentation or entertain your cat, but it expands and becomes a bright, pulsating flash on an airplane’s windshield, and can temporarily blind and distract pilots.

That’s a big problem during the critical periods of takeoff and landing. “It interferes with safe operating conditions and puts lives at risk,” says Jason Keleher, a professor of chemistry at Lewis University in Illinois. Keleher has come up with a simple way to protect against a lasing attack on an airplane. Liquid crystals, the stuff of TV and laptop screens, could be embedded in the windshield, he says, to diffuse the bright light from a laser pointer.

While no major crash has ever been caused by someone pointing a laser at an aircraft, the number of laser-pointing incidents has shot up from fewer than 50 worldwide in 2004 to more than 6,700 in 2017. There is no protocol that pilots follow today to shield from these attacks, but they can don special goggles or pull down protective screens. 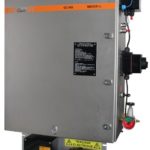 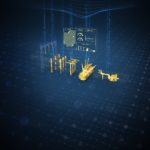