How people with disabilities fought for formal recognition at COP27

Pratima Gurung had trouble getting to this year’s United Nations climate conference, COP27, in Sharm el-Sheikh, Egypt, from her home in Nepal. Gurung has a physical disability and needs a personal assistant in order to travel, but had to cobble together funding and accreditation from multiple organizations in order to attend the conference. She was there on a mission: As a representative of the National Indigenous Disabled Women Association Nepal, she and delegates from other disabled people’s organizations attended the conference to push for formal recognition as special stakeholders in climate action, as Indigenous and women’s groups have done before them.

Disabled people are not yet formally recognized by the U.N. as a vulnerable population, despite extensive evidence of the outsize impact of climate change on them. What Gurung and other disability activists are pushing for is called “constituency” status — the U.N.’s recognition of advocacy groups that organize around a specific focal point, who are then invited to bring that perspective to intergovernmental negotiations. Several constituencies have been recognized since the United Nations held its first climate COP, or conference of the parties, in 1992, including one for business and industry groups, one for environmental groups, and one for farmers and agriculture groups. Indigenous people’s organizations gained constituency status in 2001, and in 2011, groups focused on women and gender and youth non-governmental organizations became full constituencies too.

Disabled people’s groups argue that they, too, deserve this status because of the distinctive challenges people with disabilities face as the climate warms. Due to barriers to accessing warning systems and transportation, as well as generally poorer health, health care access, and housing, people with disabilities have a mortality rate up to four times higher than that of nondisabled people in natural disasters. Natural disasters also disrupt delivery of medicine and treatments — like insulin, oxygen, and physical therapy — on which many people’s lives depend. And the World Bank estimates that 20 percent of the world’s poorest people have a disability, which means that they have fewer resources for protecting themselves against the dangers of a warming planet. According to the U.N. Development Programme, of the estimated 1 billion disabled people worldwide, 80 percent live in developing countries.

“When we talk about climate justice, it needs to be inclusive,” Gurung said. “And if you hold multiple marginalized identities, you are more vulnerable, on the frontlines.”

At COP27, disability groups held a series of at least nine panels and discussions — more than at any previous COP — to raise awareness of disabled people’s unique vulnerabilities to climate change. They were asking for support as they prepare to apply to the U.N. for a disability constituency, which will involve putting together a “terms of reference”: a plan for the constituency’s objectives and who will chair it. If approved, the secretariat will recognize the constituency on a probationary two-year basis as a “caucus,” which Sébastien Jodoin, a professor at McGill University’s law school and founding director of the Disability-Inclusive Climate Action Research Programme, describes as “an intermediate step towards getting a constituency.”

“If you have a disability constituency, you will get a seat around the table,” said Elham Youssefian, senior advisor of inclusive humanitarian action and disaster risk reduction at the advocacy coalition International Disability Alliance, who tallied the ways that she was denied a seat at COP27. She is blind, and found it difficult to read draft documents that emerged from negotiations and to navigate the venues. Last year, at COP26 in Glasgow, Scotland, Israel’s energy minister was unable to enter the conference because it was not wheelchair accessible.

“When you can’t reach the meeting room, how can you participate?” Youssefian said, calling the accessibility barriers at COP a “metaphor” for disability participation in climate action.

Amanda Bowie-Edwards, who represented the Disability-Inclusive Climate Action Research Programme at COP27, agreed, noting that language is very important during climate negotiations. If there were a disability constituency, she said, the disabled perspective would be included more frequently in discussions and the texts they produce — but currently, disability is rarely mentioned.For example, she attended roundtable sessions at COP27 meant to assess collective progress under the Paris Agreement. At her table, no one mentioned persons with disabilities, even though they frequently mentioned women, Indigenous peoples, and young people. “A big success would be if people with disabilities were named alongside those groups consistently,” Bowie-Edwards said.

At one of the disability discussions at COP27, Gurung and other panelists discussed the importance of building relationships with other constituencies and emphasizing intersectionality in global climate negotiations.

“When we work from one perspective, it is not enough,” she said, explaining that her perspective as an Indigenous woman who is also disabled informs her experience on the frontline of climate change — and her ideas for how to adapt and fight back. In Nepal, for example, melting glaciers have an outsize impact on Indigenous and disabled populations, altering water resources and landscapes, and disrupting traditional practices and access to care.

The hope is that support from, and solidarity with, other constituencies will help disability groups apply and gain status. But for now, people with disabilities are still trying to convince climate activists and policymakers that their rights need to be included in climate action.

“We’re still just trying to get on the agenda,” Gurung said.

This story was originally published by Grist with the headline How people with disabilities fought for formal recognition at COP27 on Nov 22, 2022. 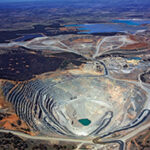 An Explosive Way To Kinder Blasting 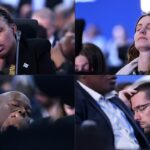