You’ve probably heard the expression, “They don’t build them like they used to,” referring to a supposed golden yesteryear when products were built to last and even overbuilt rather than skimping on some unknown stress or wear point. Considering the advancements in lean manufacturing, total quality management, Six Sigma, and other techniques that allow the average automobile to easily last well beyond 100,000 miles, it’s possible that the good old days weren’t always as good as we remember.

It’s also possible that techniques like finite element analysis, which allows designers to remove “wasted” materials and optimize for more streamlined shapes and designs, can also make newer products less resilient because of the limits of the model used. For instance, while engineers might factor in a certain amount of wear on one surface over its lifetime, perhaps there’s another surface that was assumed to be wear-free that actually is not and ends up causing problems.

Physical prototypes can help alleviate such problems early on, but they are generally so costly that only a limited number of physical prototypes can be produced and tested. Additionally, when a design is at the prototyping stage, a significant amount of time and money has already been invested. A better alternative, both from a development standpoint and for continuous customer support over a product’s lifetime, is an ideally hyper-realistic digital model known as a “digital twin.”

A digital twin is a digital representation of a product whereby every aspect of an individual “thing” is known and tracked throughout its lifetime. In the case of a physical model, this starts with manufacturing. While the tolerance of a certain type of product may be between X.XX and Y.YY, this product’s measurement is known to be exactly Z.ZZ. The individual digital twin based on this product, known as a “digital twin instance,” would know and store every pertinent detail about a product, even down to the atomic level.

After manufacturing, sensor data from the digital twin is aggregated and tracked over time using IoT technology. With this data, one can not only know the current state of a product but also travel back and forth throughout the product’s lifetime for troubleshooting and prediction purposes. Data from a single digital twin instance could also be aggregated with others for further improvement and prediction insights. With this massive cache of data in hand, a vendor could contact customers to schedule maintenance within a convenient window of time, well before problems occur.

Using digital twins to perform this type of accurate, preventive maintenance as needed—rather than periodic preventive maintenance performed on an unchanging and necessarily excessive schedule—means that customers do not pay for unnecessary service. At the same time, customers are not forced to perform reactive maintenance, which “schedules” itself through breakdowns. This monetary savings on maintenance, combined with consistently working products, means customers receive the value they expect from a product—with far fewer bad experiences due to equipment failures.

Virtual iteration before the first prototype

Physical prototypes are costly, and testing is time-intensive. Even if one has a wide budget for prototyping, it’s impossible to know how a product will perform 10, 20, and even 50 years from now. Accelerated testing techniques can provide an approximation, but at the end of the day, all of this is an educated guess.

Creating a digital twin of a yet-to-exist product means that testing and improvements can be performed virtually for massive potential benefits. For instance, because of the low cost involved in virtual testing, cars could be crash-tested not just from front and side impacts but also from any number of angles, even different elevations. Improvements can then be made in the virtual world, iterating before a single physical product is produced. Add artificial intelligence into the mix, and there is the potential for radical improvement in a design, likely guided by humans but optimized by AI.

Virtual simulation of longer-term effects is no different. Input the stresses and external conditions on a product into a digital twin’s framework and see the results. If something happens over two virtual years or 20, it makes little difference to a computer. Computers can create their own time domains, independent of actual time. External conditions are applied via a simulation, which would likely need to be thoughtfully applied by a human, or perhaps in the future, by a well-developed AI.

One might consider digital twins the next step up from the 3D models and finite element analysis that have already brought countless benefits to engineers. If a design is made via virtual iteration, a customer can get the equivalent of a vehicle with several model years behind it, where the kinks have been worked out. This is cost-effective for the producer. And it results in better products. Of course, digital twin concepts can be applied to the manufacturing floor or even to an organization as a whole.

Consider that you’re traveling by jet. You definitely don’t want the engine to fail when you’re at 30,000 feet. But you also don’t really want the engine to fail when you’re waiting at the airport, or even as you head to the airport. You want the problem “pre-detected” and “pre-fixed” long before your trip. The airline wants this as well to keep things running smoothly, and that scenario can be facilitated with enhanced digital twin product tracking. If the jet design has already been enhanced via virtual digital twin iteration, some of the need for predictive maintenance could be avoided, along with a host of other benefits, such as reduced fuel consumption and happier customers.

The digital twin is already here

These digital twins are used both individually for maintenance and are aggregated to facilitate improvements and better and better service predictions.

While it might seem far-fetched that computing technology could eventually get to the point where we can manufacture and track items on an atomic level as referenced earlier, consider the state of computing today. For a few dollars, you can buy a processing unit that far exceeds what was used to put a man on the moon, in a size that can rest on your finger, that even comes with built-in wireless capabilities (e.g., an ESP32 module).

To imagine what our world will be like in the 2070s, put yourself in the shoes of an engineer transported from 1969 to today. If computer technology continues on the same trajectory as we’ve seen up to now, all bets are off as to what computers, and digital twins, can do.

The post How Digital Twins Can Ensure Happy Customers appeared first on EETimes. 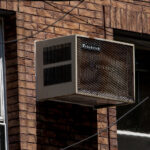