How Cobot Applications Are Democratizing Automation

Manufacturing is one of the largest challenges facing the United States and the world today. Between a desire to bring manufacturing back to American shores and a severe labor shortage, the need for robotic automation has become more pressing today than ever before.

However, despite the clear advantages of robotic automation over traditional manufacturing, the widespread adoption of robotics has still been hindered by several logistical challenges. Specifically, small to medium–sized companies have struggled the most in adopting robotic automation.

Now, a powerful new technology known as collaborative robotic applications is emerging and has the potential to enable robotic automation for all companies, big or small.

Small and medium–sized companies account for up to 80% of the total manufacturing output in the U.S. Despite this statistic, these manufacturers have had the most difficulty integrating traditional industrial robotics into their plants.

One of the biggest challenges that prevent small and medium–sized companies from adopting conventional industrial robotics is the amount of expertise needed to operate these machines. Traditionally, industrial robotics must be programmed for the specific application they will perform in a factory, and to program these robots, one must have a level of specialized knowledge of esoteric programming languages and conventions. As a result, integrating and maintaining industrial robotic automation requires a significant amount of engineering and additional expertise, ultimately resulting in projects becoming more expensive.

While this may not be an issue for larger companies with the resources and capital necessary, in a smaller company, it is a serious roadblock.

Smaller companies generally lack the kind of programming expertise necessary to install and maintain industrial robotics in–house, and instead are forced to outsource the work. Not only does this make the process more expensive, but it also causes the small company to become dependent on its integration partner for continued support throughout the machine’s lifecycle. Should the manufacturing company ever need to make a change to its manufacturing process, such as when a new product is introduced, that company now requires the support of its integration partner. Ultimately, these recurring costs and the lack of control over equipment present too big a challenge to make industrial robotics feasible for small to medium–sized companies.

Beyond this, space and safety collectively pose another challenge. Conventional industrial robotics tend to take up a large area as they require safety precautions, such as fences and restricted areas to keep humans away from potentially dangerous machinery. In a smaller factory, the space constraint may present an obstacle to integrating industrial robotics into the business.

What is a collaborative robot?

An emerging technology that is gaining widespread acceptance is known as collaborative robotic applications.

Further, many collaborative robots are evaluated by specific organizations and associations that can certify the machines within the ISO standard of safety. The designers of collaborative robotics must then make a risk assessment, from which they can determine the appropriate way to interact with the robot. The result of all this effort is that customers can feel safe and comfortable knowing that their collaborative robots are designed to be as safe as possible around humans.

A major reason for this is their ease of programmability. Instead of requiring specialized knowledge of esoteric programming languages and conventions, collaborative robotics offer easy and intuitive ways to program them. For example, some collaborative robots offer drag–and–drop programming interfaces, as well as the ability to teach a robot directly by physically taking the robot and showing it where to move to and from.

Enabling automation for all

While a normal industrial robot tends to be much faster, stronger, and sturdier than a collaborative robot, its application has been limited to large–scale companies for the reasons already mentioned. Instead, collaborative robotics target a sweet spot in the market by making robotic automation feasible for small and medium–sized companies for the first time in history.

As a result of the increase in design considerations, collaborative robots offer the advantage of being exceptionally safe to work with. As a corollary to this, these machines also tend to have a much smaller footprint than conventional industrial robots because they don’t require safety guards and barriers. This saves a significant amount of space on the manufacturing floor, making it feasible for smaller manufacturers to fit these machines into their limited factory space without changing their floor plans.

Additionally, collaborative robotics are easier to program and use than their traditional counterparts.

Featuring simpler and more intuitive programming interfaces, they enable someone with relatively limited technical expertise to program and maintain the factory’s robotic automation. This in turn makes automation a more affordable and realistic option for a smaller company, which would otherwise need to outsource that programming or hire expensive in–house experts.

A solution to a problem

To meet our goals of re–stimulating manufacturing and growth in the U.S., we need to enable automation in our most important asset: our small and medium–sized manufacturing companies.

Collaborative robotics is the solution to making this possible.

The post How Cobot Applications Are Democratizing Automation appeared first on EETimes. 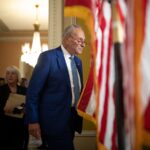