To date, radio astronomers have cataloged fewer than 300 fast radio bursts, mysterious broadband radio signals that originate from well beyond the Milky Way. Almost a third of them—72, to be precise—were not detected by astronomers at all but instead were recently discovered by an artificial intelligence (AI) program trained to spot their telltale signals, even hidden underneath noisy background data.

The very first recorded fast radio burst, or FRB, was spotted by radio astronomers in 2007, nestled in data from 2001. Today, algorithms spot FRBs by sifting through massive amounts of data as it comes in. However, today’s best algorithms still can’t detect every FRB that reaches Earth.

That’s why AI developed by Breakthrough Listen, a SETI project headed by the University of California, Berkeley, which has already found dozens of new bursts in its trial run, will be a big help in future searches. “This new AI will allow us to pick up signals not picked up by traditional algorithms,” says Gerry Zhang, a graduate student at the Berkeley SETI Research Center. 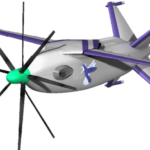