When Gregory Abel addressed investors at Berkshire Hathaway’s annual shareholder meeting on Saturday, he painted a rosy picture of the company’s climate plans. Abel, who Warren Buffet has just named as his successor to run the multinational conglomerate, is currently CEO of subsidiary Berkshire Hathaway Energy, a holding company that owns several large utilities as well as oil and gas assets.

Abel told investors that the group was on track to meet President Biden’s commitment under the Paris Agreement of reducing emissions 50 percent below 2005 levels by 2030. “Berkshire Hathaway Energy will achieve that by 2030,” he said. “Our reductions will hit the Paris agreement target.”

But while Abel’s statement sounds impressive, Joe Smyth, a research and communications manager for the Energy and Policy Institute called it a “very misleading claim.”

That’s because Berkshire Hathaway Energy’s biggest subsidiaries are electric utilities. A growing body of research shows that achieving Biden’s economy-wide target will require slashing emissions from electricity more steeply in the next decade — 80 percent according to several analyses — and closing all coal plants. Biden’s own plan calls for 100 percent clean energy by 2035. In contrast, Abel told Berkshire Hathaway investors the company would still have 14 coal-fired power plants operating beyond 2030.

As dubious as Berkshire Hathaway’s claims are, there’s little stopping companies from spinning their climate credentials. Investors are cranking up the pressure on companies to explain how they will remain profitable through the energy transition, but right now, there’s no federal oversight to ensure they don’t greenwash their progress.

Dan Bakal, senior director of electric power at Ceres, a sustainable investing nonprofit, agreed that Abel’s statement was suspect. “I don’t know how he could make the claim that that’s consistent with the Biden administration goals,” he said.“Unless you assume that they’re going to put carbon capture and storage on all those coal plants, which by all accounts does not seem really economically viable.” (Carbon capture was not mentioned during the meeting.)

When Grist reached out to Berkshire Hathaway Energy for comment, a spokesperson did not address the disconnect. They reiterated Abel’s statement that the company was on track to reduce its greenhouse gas emissions 50 to 52 percent by 2030. They said that the president’s goal of a pollution-free power sector by 2035 “will require regulatory or legislative action as well as significant advances in carbon-free technologies,” and that Berkshire Hathaway was actively engaged in supporting innovations like carbon capture.

Impressive-sounding pledges with little details, or details that don’t quite add up, are not unique to Berkshire Hathaway Energy. Many of the biggest utility companies advertise goals to achieve net-zero emissions by 2050, but deeper analysis shows few of them are actually on track. The Energy and Policy Institute has documented various accounting tricks utilities use to make their progress seem better than it is. Smyth, however, is optimistic that some of the reforms underway at the Securities and Exchange Commission, or SEC, will prevent utilities from obscuring the details of their plans and making misleading statements in the future.

The SEC recently formed a new task force within their enforcement division focused on ESG claims — when companies say they have sound environmental, social, and governance practices. One of the SEC’s mandates is to “identify any material gaps or misstatements in issuers’ disclosure of climate risks.”

It’s not just the federal government that is trying to hold corporations accountable for their climate claims. The investor-led initiative Climate Action 100 , whose members manage more than $54 trillion in assets, has been trying to cut through companies’ greenwashing statements by demanding uniform disclosures about their decarbonization plans. The group released its first-ever scorecard of climate-related disclosures in March, and many utilities performed poorly — but none so poorly as Berkshire Hathaway, which failed by every metric.

“They are just completely unresponsive to what the institutional investors are asking for,” he said Smyth. “It’s almost like they’re deliberately not doing anything because they disagree with the whole enterprise, which is kind of the impression you get if you listened to Warren Buffett on Saturday.”

During the meeting Buffett successfully struck down a shareholder resolution requesting annual reporting on climate risks. That’s despite support for the resolution from investing behemoth Blackrock, which owns 8 percent of Berkshire stock. When asked why he was opposed to the measure, Buffet touted the autonomy he bestows on his subsidiary companies and declared it would be “asinine” to require his non-energy entities to prepare such reports.

Smyth pointed out that it’s not that Berkshire Hathaway Energy isn’t doing anything, they just aren’t playing by the rules of public disclosure that investors are demanding. The company is building renewables, making major investments in new transmission lines, and shutting down most of its coal units in places like Nevada. But it faces challenges decarbonizing in states like Wyoming, which is passing laws to keep coal plants running as long as possible.

“They have a case to make about how they’re decarbonizing, but it’s not as fast as it needs to be,” Smyth said. “And misleading investors to suggest that you’re on track to support the President’s commitments for the country, it’s a huge problem.”

This story was originally published by Grist with the headline How Berkshire Hathaway fed investors a flawed narrative about their climate progress on May 6, 2021.

What does it matter when an elite restaurant cancels meat? 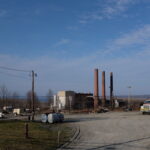