A House science panel has embraced a “labs over fabs” approach to reviving U.S. technology leadership, diverging from the Senate’s innovation strategy by instead funding wide-ranging R&D rather than specific industry sectors like semiconductors.

The House Science Committee this week approved a pair of budget measures that would double funding over the next five years at the National Science Foundation (NSF) along with a 7 percent budget increase for the Energy Department’s science office.

The House legislation differs significantly from the Endless Frontier Act approved by the Senate earlier this month that includes $52 billion in emergency funding to revive U.S. chip manufacturing. Other Senate proposals would provide tax breaks up to 25 percent to invest in U.S. fabs and equipment.

“Instead of trying to copy the efforts of our emerging competitors, we should be doubling down on the proven innovation engines we have at the National Science Foundation and the Department of Energy,” said Rep. Eddie Bernice Johnson, D-Texas, chairwoman of the House Science Committee.

The House legislation creates a new Directorate of Science and Engineering that would allow NSF “to take big risks and experiment with new approaches to accelerating progress in translating science and into solutions to society’s major challenges.” The proposal authorizes $1.4 billion for the new directorate in fiscal 2022, with annual increases of 27 percent to $3.4 billion by fiscal 2026.

The House proposal reflects criticism that the Senate’s approach emphasizes new fab capacity at the expense of cutting-edge research into next-generation semiconductor technologies. Nor does it address the current skills gap across the chip sector, critics stress.

“The U.S. should focus less on supporting production of today’s technologies, which given the pace of innovation will soon be out of date,” asserts a recent report by the Foreign Policy Research Institute. “Instead, scarce resources should be devoted to shoring up the broader semiconductor ecosystem on which American innovation depends.”

Proposed funding increases for DoE’s science office include expanded development and application of quantum computing to advance research. It also authorizes “targeted initiatives” in areas such as energy storage technologies.

Overall, the House measure emphasizes “use-inspired and translational research” via university technology institutes. “The research community has the capacity to pursue far more research ideas than [NSF] can fund,” argued sponsors of the National Science Foundation of the Future Act. “These unfunded projects represent an enormous untapped potential.”

Given the uncharacteristic speed with which the lawmakers have acted on efforts to revive U.S. technology innovation in strategic sectors like semiconductors, observers predict a contentious House-Senate conference later this summer to reconcile sharp differences in the competing visions.

The post House Panel Opts for ‘Labs Over Fabs’ appeared first on EETimes. 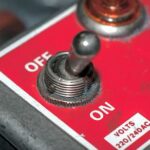 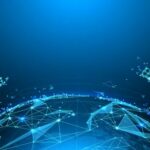