Honeywell’s 30th annual Global Business Aviation Outlook forecasts up to 7,400 new business jet deliveries worth $238 billion from 2022 to 2031, up 1% in deliveries from the same 10-year forecast a year ago. In 2021, surveyed business jet operators reported a sharp increase in used jet purchase plans, 12% above last year’s report, equivalent to 800 additional used business aircraft. Business aircraft manufacturers also announced a strong increase in jet orders, indicating that the industry has almost completely shaken off the effects of the COVID-19 pandemic.

“The increased demand for used jets is estimated at more than 6,500 units over the next five years, putting pressure on an already record low inventory and driving additional demand for new jets,” said Heath Patrick, president, Americas Aftermarket, Honeywell Aerospace. “Our latest operator survey results support continued private jet usage growth, as more than 65% of respondents anticipate increased business jet usage in 2022. Despite the ongoing challenges presented by the pandemic, flight hours have recovered and grown beyond pre-pandemic levels. The overall health of the business jet market is strong, and growth is expected to continue.”

Key findings in the 2021 Honeywell Global Business Aviation Outlook include:

• Purchase plans for used jets show an increase in this year’s survey. Operators worldwide indicated that 28% of their fleet is expected to be replaced or expanded by used jets over the next five years, up 3 percentage points compared with survey results from 2020. Business jet deliveries in 2022 are expected to be up 10% from 2021 in terms of units billed.

• The longer-range forecast through 2031 projects a 3% average annual growth rate of deliveries in line with expected worldwide long-term economic growth.

• Five-year purchase plans for new business jets are down 2 percentage points compared with last year’s survey. This can be attributed to uncertainty around the COVID-19 Delta variant at the time of the survey. The decrease is driven by fewer replacements in the fifth year; however, fleet additions grew by 1 percentage point.

• The sharp increase in demand for used jets, coupled with a lower-than-ever inventory of used aircraft available for sale, will inevitably drive additional demand for new-build business jets. Among those with purchase plans of new business jets over the next five years, 29% of purchases are expected to occur in the next two years. This is just 1 percentage point lower than last year’s survey.

• Operators plan to make new jet purchases equivalent to about 14% of their fleets over the next five years as replacements or additions to their current fleet.

• Larger-cabin, heavy aircraft classes are expected to account for more than 72% of all expenditures of new business jets in the next five years.

• 9 of 10 operators in the survey said their new or used jet buying plans have not been postponed by the ongoing COVID-19 pandemic. Nearly 100% of 2021 respondents said that they had not cancelled and do not plan to cancel a delivery on a new aircraft.

• 65% of respondents globally expect to operate their business jets more frequently in 2022 versus 2021.

• 2021 survey respondents are not signaling sales of late-model aircraft due to COVID-19. Specifically, only 4% of all respondents in the survey are planning to sell one or more aircraft without replacement in the next five years compared with 10% in last year’s survey.

• Very few respondents (6%) reported that conditions for their flight departments had worsened in 2021.

• New jet purchase plans in North America are down 3% in this year’s survey compared with last year. Over the next five years, at least 13% of the fleet is expected to be replaced or supplemented with a new jet purchase.

• About 35% of operators responding to the survey plan to schedule their new purchases within the first two years of the five-year horizon. This is 3 percentage points higher than in last year’s survey, and above the worldwide average of 29%.

• Purchase plans for used jets are up 4 percentage points when compared with last year’s survey and above historical averages.

• An estimated 63% of worldwide demand for new jets will come from North American operators over the next five years, down just 1 percentage point compared with last year’s survey.

• About 23% of operators plan to schedule their new purchases within the next two years, in line with previous year’s results and below the worldwide average of 29%.

• Aircraft replacement and expansion plans for used aircraft in Europe are the highest globally and in recent history, equivalent to 34% of their fleet, up 6 percentage points versus 2020.

• Europe’s share of global demand over the next five years is estimated to be 16%, 2 percentage points lower than last year.

• In Latin America, 21% of the fleet is expected to be replaced or supplemented with new jet purchases over the next five years, up from 15% in last year’s survey.

• About 29% of this region’s projected purchases are planned between 2021 and 2023, on par with the worldwide average.

• Latin America will represent 5% of the total projected business jet demand over the next five years versus 3% in last year’s survey. The increase is likely due to a more positive economic outlook following last year’s deep pessimism in the region.

Asia Pacific – Despite ongoing geopolitical and commercial tensions, purchase plans are up.

• Asia Pacific operators report plans to replace at least 15% of their jet fleets over the next five years with new jet purchases, up from 14% in 2020’s survey. APAC operators also report fleet expansion intentions for the first time in three years, equating to 0.3% of the current fleet.

• Based on the expressed level of purchase plans, Asia Pacific will represent a 12% share of global new jet demand over the next five years.

• About 20% of respondents in Asia Pacific plan to schedule their new purchases within the first two years of the five-year horizon, compared with 30% a year ago.

Middle East and Africa (MEA) – The survey marked a five-year low when it comes to purchase plans in 2021.

• 9% of respondents said they will replace or add to their fleet with a new jet purchase, down from 16% last year.

• About 13% of operators responding to the survey plan to schedule their new purchase within the first two years of the five-year horizon, down from 46% a year ago.

• The share of projected five-year global demand attributed to MEA remains at 4%, in line with the historical range of 4% to 6%.

• Plans to acquire used jets in the next five years increased by about 4 percentage points from last year’s survey. 29% of used business jets will trade hands over the next five years, compared with a five-year projection of 25% in 2020.

Honeywell’s forecast methodology is based on multiple sources, including, but not limited to, macroeconomic analyses, original equipment manufacturers’ production and development plans shared with the company, and expert deliberations from aerospace industry leaders. Honeywell also uses information gathered from interviews conducted during the forecasting cycle with more than 1,522 nonfractional business jet operators worldwide. The survey sample is representative of the entire industry in terms of geography, operation, and fleet composition. This comprehensive approach provides Honeywell with unique insights into operator sentiments, preferences, and concerns, and provides considerable insight into product development needs and opportunities.

Chevron’s climate plan: Use wind and solar power to drill for oil 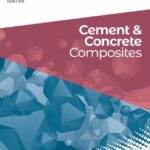