According to the United Nations, the worst famine of the twenty-first century is unfolding in the Horn of Africa. For months, a climate-change-fueled drought of historic proportions and supply chain disruptions caused by the war in Ukraine have combined to cause severe food shortages in Somalia, Ethiopia, and Kenya.

Famine experts expect the situation to deteriorate through the fall and winter. A recent report from the Food Security and Nutrition Working Group of the Intergovernmental Authority on Development, a trade block representing East African countries, found that more than 25 million people across the region could be experiencing dire food insecurity by early 2023.

“The drought this year was both the most extensive on record and the most intense on record,” Chris Funk, the director of the Climate Hazards Center at the University of California, Santa Barbara, told Grist. He said a combination of climate change and La Niña weather patterns have produced five consecutive dry seasons, which has all but destroyed the domestic food supply in Somalia and its neighboring countries.

According to the latest estimates from UNICEF, more than 7 million people in Somalia alone are already experiencing severe food shortages — around half the country’s population. That includes more than 1.5 million children under the age of five. In addition, 4.5 million Somalis are currently facing severe water shortages. More than 700 children have died in malnutrition treatment centers across the country, though experts caution that the figure is likely an undercount.

“I couldn’t get out of my head the tiny mounds of ground marking children’s graves,” UNICEF official Rania Dagash told reporters after a visit to the worst-affected areas. “I’m from this region and I’ve never seen it so bad.”

Food security experts say it’s only going to get worse from here. The Famine Early Warning System, a famine tracking program funded by the U.S. Agency for International Development, projected last week that the region’s food emergency will reach the technical definition of a famine by the end of the year, which would likely mean even more widespread death and starvation “in the absence of a significant scale-up of humanitarian food assistance.” Rainfall projections for the next month show that there will be minimal precipitation in Somalia or the other worst-affected parts of the region.

Climate change has devastated Somalia’s farming sector for the past several years. A persistent drought has caused four consecutive years of missed rainy seasons, the longest dry spell in four decades; the next rainy season is expected to be just as bad. The drought has thinned out camel herds in the north part of the country, killing off a livestock animal that provides herders with meat and milk, and devastated agriculture in the south. Meanwhile, warmer temperatures have allowed locusts to spread out across the region and chew through crops; one swarm in Kenya two years ago measured 37 miles long by 20 miles wide.

Research suggests that climate change will continue to hit the Horn of Africa on multiple fronts, increasing the risk not only of prolonged drought but also of extreme heat and devastating flash floods.

“Four failed rainy seasons was already unprecedented,” said Funk. “It’s all thanks to this three-year La Niña event combined with climate change.” As climate change makes La Niña temperature events in the Pacific more intense, he added, it increases the risk of dry spring seasons around the Horn of Africa; at the same time, warmer air temperatures in the region also lead to more intense dry spells.

The war in Ukraine has further exacerbated regional food insecurity by threatening to disrupt critical grain shipments. Prior to the war, Somalia imported around 90 percent of its grain from Ukraine and Russia. Grain shipments have still been reaching Somalia, but the high prices the war has generated for staple foods have made it impossible for most households and aid groups to make necessary purchases. An ongoing civil war between the Somali government and the militant group known as al-Shabaab has also contributed to instability, displacing thousands of people from their homes and disrupting the movements of the pastoral populations in the country’s north.

The Horn of Africa experienced another drastic famine in 2011 and 2012, when two missed rainy seasons caused widespread crop failures across the southern part of the region. The Famine Early Warning System predicted that food emergency almost a year before the United Nations made an official famine declaration in Somalia, but humanitarian aid deliveries were not sufficient to prevent widespread suffering. The halting relief efforts made by rich countries were further restricted by those countries’ efforts to make sure that food supplies did not reach al-Shabaab militants.

This story was originally published by Grist with the headline Historic famine looms as drought grips East Africa on Sep 15, 2022.

Minneapolis is the latest US city to demand emissions-free shipping 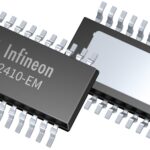