Hendrix Aerial Covered Conductor systems have been in use worldwide for almost 72 years. Starting in 1951 at 5 kV and 15 kV classes, usage grew rapidly to include 25 kV, 35 kV, and 46 kV. It was not until 1995 that 69 kV spacer cable was introduced and shortly thereafter, 69 kV Tree Wire systems. The march towards high voltage didn’t stop there, however, and 115 kV Spacer Cable Systems were introduced in 2019.

This paper will describe the basic concept, history, and advantages of covered conductor systems compared to other design options, review individual component features including design considerations, and how and why the concept of aerial covered conductor systems migrated to transmission voltage classes. Also discussed will be motivation for compact line design at transmission voltages, and why this is important not only for reliability and economics, but also from a standpoint of minimization of ecosystem disruption and promotion of carbon capture. 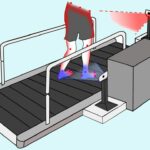 This AI Watches You Walk to Diagnose Parkinson’s, MS 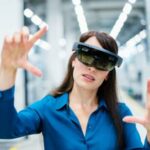