Here’s the ‘energy transition’ needed to stave off climate catastrophe

The world has a 50/50 chance of keeping climate change to relatively safe levels, a new report says — but only if there are drastic cuts to fossil fuel production, effective immediately.

The analysis, from researchers at the Tyndall Centre for Climate Change Research in the United Kingdom, found that limiting global warming to 1.5 degrees Celsius above preindustrial temperatures (2.7 degrees Fahrenheit) requires more stringent emissions cuts than what any country is currently considering. The report, published Tuesday, is focused on avoiding going past that 1.5-degree threshold — a sort of danger line beyond which the effects of global warming turn from catastrophic to … well, something even worse.

At this point, the Earth has already warmed by 1.1 to 1.2 degrees C (about 2 degrees F). To have decent odds of meeting this 1.5-degree goal, rich countries would have to completely phase out oil and gas production in 12 years, the report said, while poorer countries would have until 2050 to do so, because they bear less responsibility for creating the problem. The authors make clear that there’s no room for new fossil fuel production “of any kind” — no more coal mines, oil wells, or gas terminals.

The report’s vision of the “energy transition,” a phrase some use to describe the world’s path away from fossil fuels, looks radically different from what oil executives have proposed when they use the same term. The oil and gas industry has argued for the continued use of their key products and lowering emissions by capturing and storing the carbon emitted when fossil fuels are burned.

Consider some statements made by oil executives at a recent energy conference in Houston. Amin Nasser, the CEO of the biggest oil company in the world, Saudi Aramco, said that “all energy sources will be needed to support a successful transition,” the New York Times reported. Meanwhile, Darren Woods, ExxonMobil’s CEO, said that his company was actually increasing oil production, but using technology to cut emissions and support “the transition to a net-zero future” — likely referring to Exxon’s foray into producing “blue hydrogen” (made from natural gas) and capturing and storing carbon.

The Tyndall Centre report dismissed any notion that either blue hydrogen or carbon capture technology could make a solid dent in fossil fuel emissions in the near future. Carbon capture and storage plants nabbed less than 0.1 percent of the world’s fossil fuel emissions in 2021, the authors wrote, pointing to the technology’s “long history of over-promising and under-delivering.” They argued that there isn’t much space for strategies to prolong the life of fossil fuels when zero-carbon alternatives, like wind and solar power, already exist at competitive prices.

Last year, the world hit a record high for carbon dioxide emissions: 36.3 billion tons, according to the International Energy Agency. The way things are going, many climate scientists think that the world will blow past its targets, with nearly half saying they think that a beyond-catastrophic 3 degrees C (5.4 degrees F) of warming is likely. Under this scenario, people living in Arizona would live in temperatures 95 degrees or higher for nearly four months out of the year, coastal areas where 12 percent of the world’s population lives today would be submerged, and a full quarter of the species on Earth could go extinct. And that’s just a taste of the “something even worse.”

This story was originally published by Grist with the headline Here’s the ‘energy transition’ needed to stave off climate catastrophe on Mar 23, 2022. 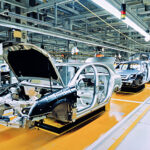 Bonding Together: Adhesive Advances In The Automotive Industry