In twistronics, a condensed matter physics field, researchers investigate how stacking two layers of atomically thin materials and rotating one layer to a particular angle changes the materials’ properties. For example, when two layers of graphene are twisted at a “magic” angle of roughly 1.1 degrees, the material becomes a remarkably efficient electric conductor.

Jing and his team have already simulated an acoustic version of this nanoscale graphene at a larger scale to examine the behavior of sound waves – rather than electrons in conventional bilayer graphene – in the material. This acoustic analogue, dubbed bilayer phononic graphene, was simulated as two graphene plates separated by several centimeters and twisted at different angles to test the effect on wave propagation. Each plate contained holes in a hexagonal lattice based on the layout of carbon atoms in graphene.

“Taking a concept from a seemingly unrelated field and using it as inspiration for a new device in acoustics is a fascinating prospect,” Jing said. “Our project will allow us to explore this idea with more flexibility than bilayer graphene offers at the nanoscale.”

The researchers plan to investigate the phononic graphene’s capabilities more comprehensively to find optimal configurations for collecting or concentrating sound energy. Beyond testing different angles and distances between layers, they aim to determine the boundaries at which the bilayer phononic graphene stops exhibiting these unique behaviors. Jing’s team will also change the pattern of voids in the phononic graphene surface.

With a physical experiment based on these assessments, Jing aims to demonstrate the potential applications of bilayer phononic graphene, including sensors, speakers and sound absorption devices. He also plans to strengthen the research connection between acoustics and condensed matter physics.

“My hope is for us to identify structures that are impractical to fabricate at the nanoscale so our work can inform developments in quantum materials,” Jing said. “The connection between our acoustic graphene and conventional bilayer graphene will make our findings mutually beneficial.” 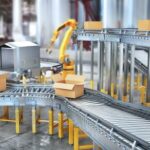 The Strange Fellowship of Technology and Coercion