GPU Market Headed for a Fall?

The rollercoaster ride that is the graphics chip market is likely to see an abrupt end to pandemic-driven surge demand driven by seasonal factors, a supply chain “hangover” and rampant speculation.

The volatility also extends to the graphics add-in board (AIB) attach rate for PCs, signaling that last year’s personal computer boom is unsustainable.

“The risk is that semiconductor suppliers will be lured into overreaction and believe that suddenly hundreds of millions of new users have appeared and the demand will stay high,” said analyst Jon Peddie. “That’s not only not realistic, it’s also not true—where are they coming from—not this planet?”

Peddie predicts the graphics chip market will return to some semblance of normalcy as early as the end of the year. His worry is that GPU vendors will repeat mistakes made during a similar boom-bust cycle in 2018 that left vendors like market leader Nvidia holding the bag with excess inventory.

GPU suppliers “just haven’t created any new consumers,” Peddie said in an interview. All the remote offices have been equipped with new PCs, and there is little or no room for new growth, he added.

According Peddie’s research, the PC-based GPU market may have peaked at 119 million units in the first quarter of 2021, a remarkable 38.74 percent jump year-on-year. If and when the graphics market settles down, he predicts a respectable 2.87 percent compound annual growth rate through 2025.

Meanwhile, he cautions vendors must wake up and smell the coffee.

The other wild card is possible phantom demand for graphics AIBs. “The supply has gone to zero and the prices to the stratosphere.” Peddie blames crypto miners, who are rewarded with crypto coins for completing blocks of verified transactions added to a blockchain. The chances of solving a complex hashing puzzle and gaining coins is often proportional to “the total mining power of the network,” Peddie explained.

“We watched the [AIB] attach rate drop to 25 percent and recently jump up to 50 percent,” Peddie said in a research note. “We calculate the mining use of AIBs as the difference between the trending normal attach rate and the current rate.”

Overall, Peddie concludes current graphics demand is “artificial.” He cites anecdotal evidence of customers—sometimes entire families—lining up at Best Buy outlets to purchase individual graphics boards, then flipping them on eBay. Similar scams have plagued other sectors: The retailer Target recently suspended sales of another hot pandemic commodity, trading cards, after a violent incident at a Milwaukee-area store.

AIB shipments increased 7.1 percent during the previous quarter, jumping 24.4 percent year-on-year. The value of those board shipments totaled more than $12.5 billion in the first three months of 2021.

As technology markets seek their level in what passes for normal, it seems likely that the huge gains in the graphics market over the last year will soon be replaced with a heavy dose of supply-demand reality.

The post GPU Market Headed for a Fall? appeared first on EETimes.

SambaNova CEO: Pre- to Post-AI Transition Will Be ‘Bigger Than the Internet’ 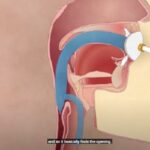